The Dutchman occupied the squad number throughout his four-year association with the Amsterdam side, and wearing it, he earned himself iconic status, helping his side to an Eredivisie title and a Champions League semi-final before leaving for a club-record fee.

Keen to carry it with him as an homage to his days in the Dutch capital, the number was already occupied by Alena upon his arrival at Camp Nou, but it seems as if the 21-year-old was happy  to adjust to accommodate.

As per a ?club announcement, Alena has taken the number 19, which was held by Kevin-Prince Boateng last season, in order to free up 21 for De Jong,

The midfielder becomes the ninth player to don the number 21 since permanent squad numbers came into effect in 1995, with esteemed names such as Luis Enrique and Lilian Thuram having made it famous during their playing careers.

?Alena, meanwhile, takes the number that one Lionel Messi wore prior to inheriting the number ten from Ronaldinho, while it was also famously worn by Patrick Kluivert, another Ajax alumnus. 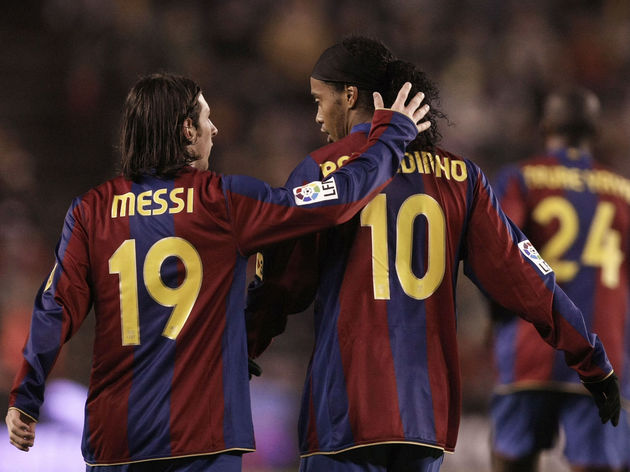