??Arsenal striker ?Alexandre Lacazette has been left out of the France squad for the upcoming Euro 2020 qualifiers, while ?Barcelona’s Clement Lenglet has been included for the first time.

Depsite being named the Gunners’ Player of the Season earlier this month, there is no place for Lacazette in Didier Deschamps’ 23-man squad, which instead includes ?Chelsea’s ?Olivier Giroud and Sevilla’s Wissam Ben Yedder for June’s qualifiers against Turkey and Andorra.

“I have a choice to make and I chose Wissam [Ben Yedder]. He has scored 30 goals in all competitions this season. He scored in big games, he knows how to play in alone in attack. He’s named in this group of attackers as another option at one time or another.”

Meanwhile, Barça centre-back Lenglet has been included for the first time after an impressive debut season at the Camp Nou, where he has made 44 appearances and edged compatriot Samuel Umtiti out of the starting lineup.

?Manchester City’s Aymeric Laporte, however, is snubbed yet again by Deschamps despite starring in the Citizens’ treble-winning season and being named in the PFA Team of the Year, with Chelsea defender Kurt Zouma among the preferred defenders after an impressive season on loan at ?Everton. Lenglet isn’t the only new face in this French camp, as Lyon full-back Leo Dubois and Lille goalkeeper Mike Maignan prepare to join up with the World Cup winners for the first time next month.

Chelsea midfielder ?N’Golo Kante has struggled with injury of late, but having returned to training ahead of the Europa League final, the 28-year-old has been named among Deschamps’ midfielders alongside ?Manchester United’s ?Paul Pogba. 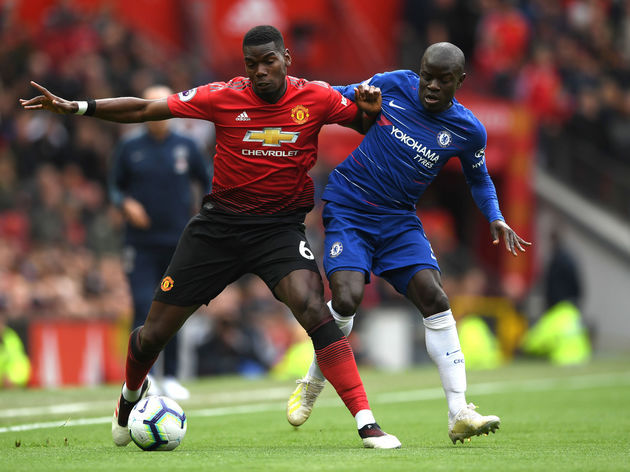 Les Bleus take on Bolivia in a friendly on June 2, before two qualifiers away from home against Turkey on June 6 and Andorra on June 11.