The list of talented Spanish stars that have broken through from Valencia’s cantera in recent years is quite ridiculous. The list includes (to name a few): Raul Albiol, David Silva, Jordi Alba, Isco, Juan Bernat, Jose Gaya and Carlos Soler.

The latest to emerge at Los Ches is young Ferran Torres. Making his senior debut at the back end of 2017, the 20-year-old attacking midfielder has matured into a regular this season, netting on four occasions in La Liga, while also becoming Valencia’s youngest-ever Champions League scorer.

Already a Copa del Rey winner and Spain Under-21, Torres’ rise has seen him? linked a move to La Liga giants Barcelona and Real Madrid, as well as Premier League toppers Liverpool.

His contract only runs until 2021 and so Valencia may be forced to sell this summer if the Spaniard decides against penning new terms at the Mestalla.

Born in Foios in the province of Valencia, leap year child Torres grew up as a Valencia fan and has represented the club since he joined their ranks at the age of just six.

His Childhood Idol Was David Villa 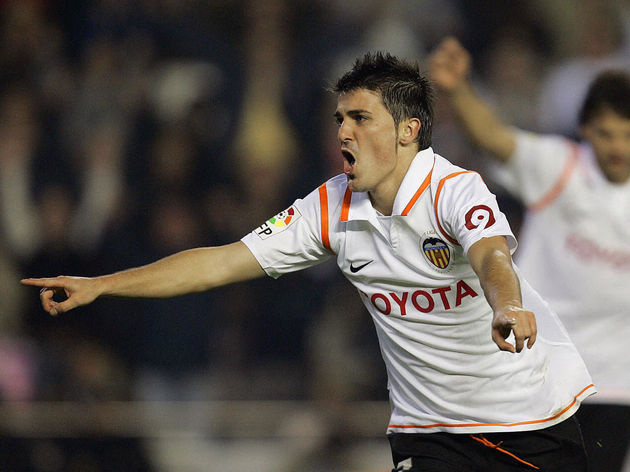 The young Torres idolised David Villa, who scored 219 times for Valencia between 2005 and 2010.

Though Torres plays in a different role, there are similarities in the pair’s games, with both adept at playing on either wing, with superb dribbling skills.

Indeed, if Torres does move to Barcelona, then he will be following a similar path to that of his idol Villa, who left the Mestalla for Barcelona in a €40m move. Upon making his La Liga debut on 16 December 2017, Torres became the first evert player born in the 2000s to play in ?Spain’s top flight.

A month later, he became the second player born in the new millennium to score in the Spanish top division, when he equalised away to Celta Vigo.

The 20-year-old is no stranger to international success either, having first won the Under-17 European Championships in 2017.

He then went on to star for Spain as they won the Unde-19 Euros in 2019, scoring both goals in the final against Portugal.

Now a regular for the Under-21 team, it likely won’t be long before Luis Enrique calls him up into the senior squad. The Valencia man has played the majority of his games on the right flank for Los Ches this season and loves to get past his opponent using his speed and dribbling abilities.

He is also two-footed, and equally able to cut inside on his left foot to cause havoc for full-backs.

His passing and off-ball movement also stands him out as an intelligent player who is technically gifted as well as being lightning quick, having run as fast as 22mph.

Only Real Sociedad’s on loan wonderkid Martin Odegaard has completed more dribbles in La Liga this season for players under 21 than Torres (43), while the Valencia man is third on the list of players from the same age group for assists (4).

A quick look on his Instagram page and you’ll find the 20-year-old to be a big Harry Potter fan.

He’s shared posts of him dressing up as a wizard for Halloween, and also visiting a Harry Potter exhibition when it came to Valencia in 2019.

He also seemed pretty chuffed to meet the Phelps twins James and Oliver (Fred and George Weasley in the films).

If he does move to England, expect to see him at the Warner Bros Studios in Watford fairly soon… 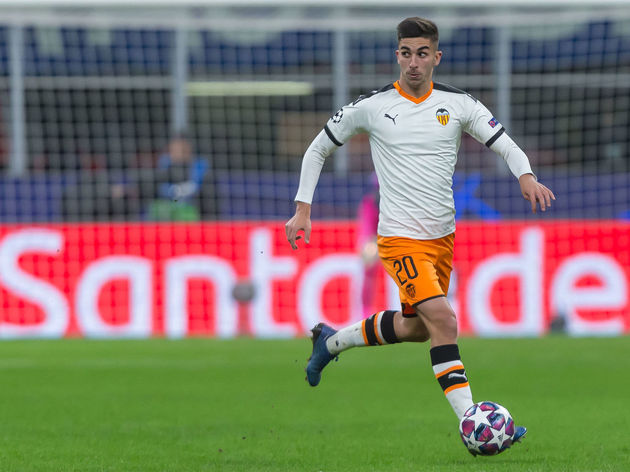 Those interested in signing the young Spaniard won’t get him cheap, as his current release clause is set at €100m.

With his contract expiring in the summer of 2021 however, he could decide to not renew his Valencia deal and wait until then to sign with his preferred club.

Currently, it is ?Barça who he is said to be leaning towards, and the Catalans are growing confident a bid of €35m could be enough to land the young winger.