While forwards get most of the glory in Fantasy, the midfield is where you can really make up ground on competing owners.

With extra points for goals and clean sheets, the right four or five midfielders and with a high price/low price balance your team can go from good to great. Below are the five most expensive midfielders who could help make or break your Goal team this season.

There are £30,000’s worth of prizes available this season with a brand new transfer system to boot.

Dele took the Premier League and Fantasy leagues by storm last season taking part in 25 goals, which put him in the top five for the campaign. Whether or not he can repeat that level of performance remains to be seen, but the underlying stats are still in his favour. Buy!

The Belgian star is still recovering from a fractured ankle though there are some who think he will be ready by MW1. Even if he is back in time, he will have missed the whole of pre-season and may take time to get back up to playing speed. Patience is likely the most applicable virtue here. 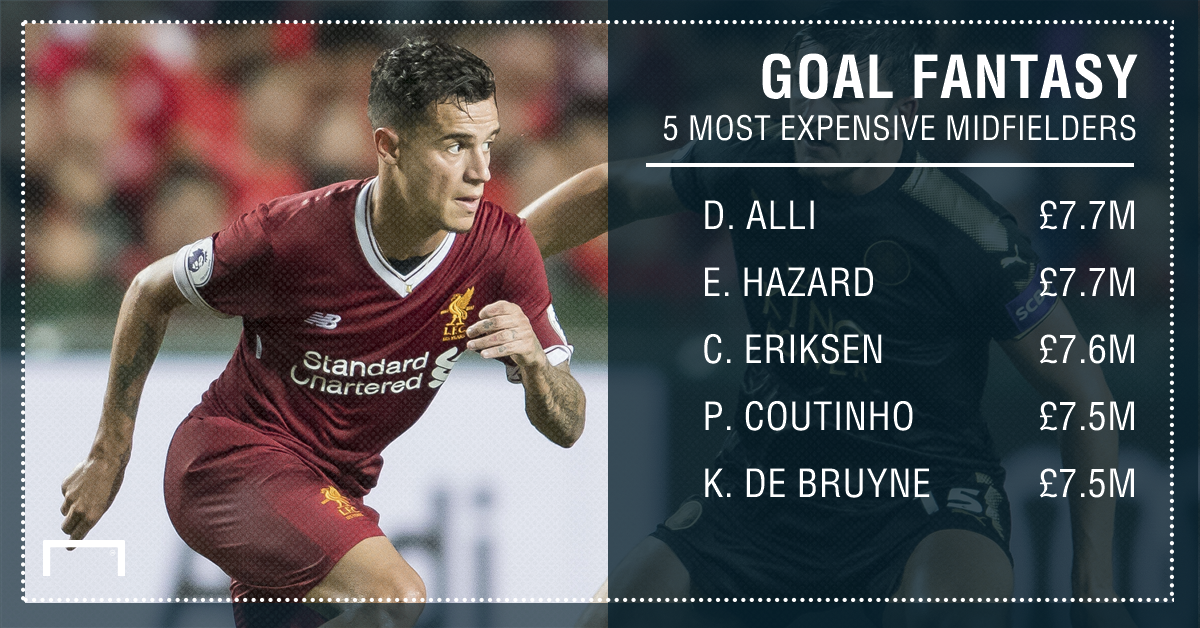 The Tottenham man notched an impressive 20 assists which put him second in the league just one behind Kevin de Bruyne. Alli seems the better choice as his goals (six points) are worth two of Eriksen’s assists (three points), but both are fantastic Fantasy options this season.

Coutinho’s inconsistency can plague him at times, but on his day there are few better. He should finish somewhere in the top 20 again this season. The Brazilian’s ownership does seem high though as both Roberto Firmino and Sadio Mane had more Fantasy points per match last season yet are less owned this time around.

The Belgium international is one of only about four Manchester City players that can be confident in keeping his spot in manager Pep Guardiola’s team. De Bruyne led the league in assists last season and a whole year behind Sergio Aguero and Gabriel Jesus could see him end up with even more in 2017-18.