An exclusive interview Neymar conducted with Brazilian tv show ‘Aqui na Band’ has been stolen from the production team’s car, having been scheduled to appear on Monday night.

The saga of Neymar’s mooted return to Barcelona took another turn over the weekend, when quotes emerged of the 26-year-old claiming his best memory as a footballer was the 6-1 victory over Paris Saint-Germain when he was a Barca player. 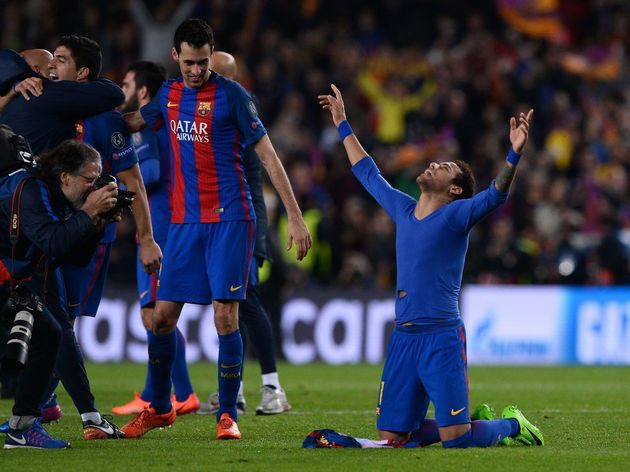 He explained: “My best memory as a footballer? When we won against PSG with Barcelona. What we felt when we scored the sixth goal I never felt something like this, it was incredible.”

And, as reported by AS, it now appears that recordings from a subsequent interview regarding

the player’s ‘future plans’ have been stolen from the boot of the UOL Esporte car. The interview was scheduled to be broadcast on Monday night, though this has now been put under threat.

Journalist Joao Paulo Vergueiro, who interviewed the player, explained: “They stole all the memory cards with the Neymar interview where the player discussed in depth his future plans.”

However, fellow production company ‘Oh My Goal’ have now reached out to UOL on Twitter, claiming: “Our camera kept on rolling during your interview with Neymar. We have the whole stolen footage if you want us to send it to you?”

Hi @UOL,
Our camera kept on rolling during your interview with Neymar. We have the whole stolen footage if you want us to send it to you.https://t.co/yNlxqEkmv4

The news comes after the Brazilian finally returned to Europe on Monday morning to meet with current side Paris Saint-Germain about his situation. The meeting, which is said to have lasted three hours, was with the club’s sporting director Leonardo, and had a mood that has been described as ‘icy’, according to Sport.

The club have opened proceedings against the player for his week-long absence from pre-season training, though the player did not return to training on Monday, nor did he undergo his mandatory medical assessment. For what it’s worth, Neymar has maintained he was given permission to miss this week by former sporting director Antero Henrique, and some have claimed he officially told the club of his desire to leave during the meeting.