On this day (October 16th) in 2004, a certain Lionel Messi made his debut for Barcelona. To celebrate the occasion, 90min have traipsed through the archives to dig up the match report from that fateful day. Here it is…

DISPATCH – On a cold, wet and windy Sunday night at the Estadio Olímpico de Montjuic

that could feasibly be described as not unlike Stoke, Barcelona triumphed over local rivals Espanyol by a goal to nil thanks to an early long-ranger from Deco.

The Portugal international, who arrived from Porto just this summer, rifled the ball into the net with just nine minutes played to hand La Blaugrana the lead following a neat pass from Samuel Eto’o, who also continued his fine start to life at ?Barca – look like a couple of keepers!

And a well-earned lead it was, even if Frank Rijkaard’s side got a bit ragged at times in the second period, picking up three yellow cards as the hosts attempted to reassert themselves on the encounter.

Nevertheless, Deco’s goal was ultimately enough to separate themselves. And yet, weirdly, his goal was not his most telling contribution to the game, that being the moment in the 82nd minute when he slinked off the pitch to be replaced by 17-year-old debutant Lionel Messi.

The number 30 jogged onto the pitch and immediately sought to get himself in and amongst the action, which was easier said than done. A couple of cross-field balls were lofted in his direction, whereupon his efforts to retain the ball could only be described as perfunctory, if only because he was never going to get there. The imposing locks of Mauricio Pochettino saw to that.

A change in tact was required – the wee lad would have to drop deeper to receive the ball. So he drop he did – his voice wishes! – and with the ball finally at his feet, he was able to show the gaffer his ‘stuff’. 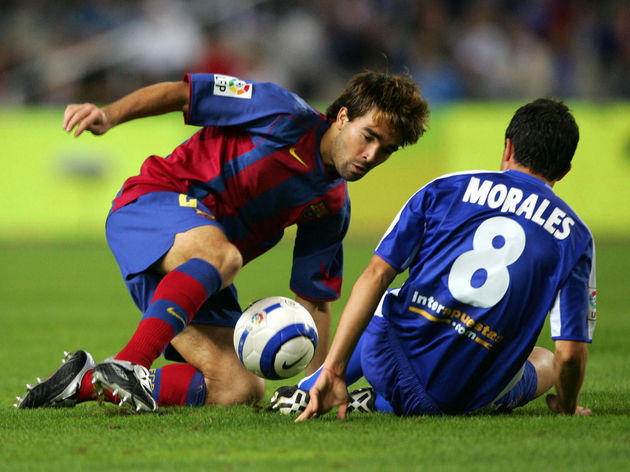 And what stuff. Picking it up at the halfway line, he noted the onrushing henchman heading straight for him and brushed him off with an amicable step inside, leaving the less-than-amicable henchman flailing on the ground following a failed wipeout. One down, three to go.

But he couldn’t take them all on. And he didn’t want to. Not yet, at least (lol).

And so he searched for the pass in-field and then went for it. But no! It hits the defender! Sacre bleu. Well, it happens to everyone kiddo, no need to let yourself get dow-oh hold on, it ricocheted into his own path…And now he’s passed it on, and now he’s gliding upfield like a phantom and there’s a real chance at a counter.

Did he mean it? Surely not. No, surely not. He’s looking for the pass. It’s a mistake. But still, mystic. I’ve got my eye on you, kid.

? OTD in 2004, Lionel Messi made his debut for Barcelona…

He would go on to become arguably the greatest player to EVER play the game ?

No, I really did, because that was all that was of interest as the minutes dwindled away. A few more signs of those fleet feet were exhibited, though each ended in a court snuffing out from the opposition.

A speculative through-ball from Henrik Larsson looked to have played him in, but the bouncing ball gave the keeper too much of the upper hand.

And then, seconds before the final whistle, a chance. A real chance. A lumped ball forward from right back that leaves Lionel one on one with the defender, who’s actually midfielder Ito. Time stands still as the elder statesman jockeys and the teenager dribbles towards him with cogs whirring, but legs steady. 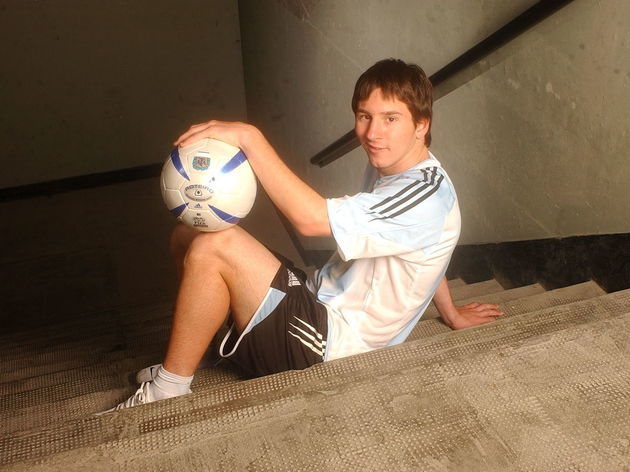 A sharp inhale, and then a lurch inside. One touch, two touch, three, he’s passed him, he’s in-but no! The daddy long-legged Ito was not to be thwarted, sprawling improbably to knock the ball away and allow the referee to blow the final whistle.

A chance missed then, for the youngster. And how many more like that will come his way? Only time will tell, though judging by the post-match presser he was forced into walking off the field, at least a few.