Ousmane Dembele may not be ready in time for Barcelona’s Champions League group stage match against Inter on Wednesday night, according to manager Ernesto Valverde.

Dembele has recently been struggling with a hamstring injury but was originally named in the squad that travelled to Getafe on Saturday. However, at the last minute he was left out, with Valverde putting the decision down to caution rather than necessity.

Speaking to the press about the decision via Marca, he said: “It’s true that I left him out of the squad. It was more as a precaution. He told me that he is calm. We think it’s a little nuisance, but it’s nothing serious.” ?However, Valverde was not able to give an exact time frame for Dembele’s return when pressed. His position in the squad for the Inter game is not yet guaranteed, with the manager still unsure if he will be ready in time to feature.

When pressured for an answer, Valverde added: “I don’t know. I wish that wasn’t the case, but I can’t say for sure.”

?Barcelona are likely to announce their travelling squad on Monday or Tuesday ahead of Wednesday’s clash, which will be a bigger clue regarding whether ?Dembele could feature against the Serie A leaders.

Barca managed a ?2-0 victory over Getafe on Saturday and Valverde was happy to come away with a much needed victory. 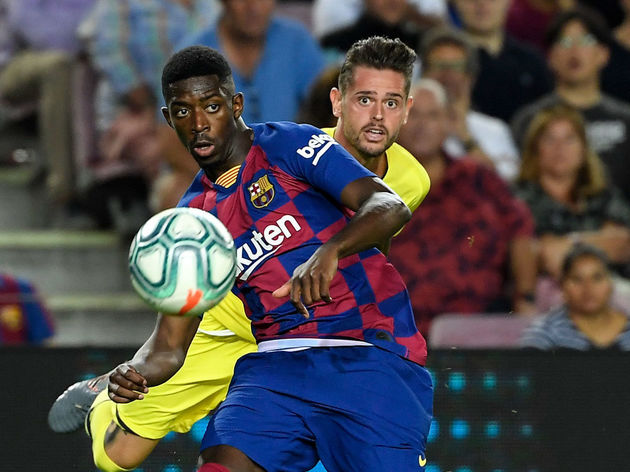 He added: “After some bad matches away from home we needed to win. It’s always a tough game here. If you want to win La Liga, you have to win away games against a hard to beat opponent.”

?Luis Suarez put a tough spell behind him as he bagged the first goal for Barcelona, Valverde’s confidence in the Uruguayan paying off.

Discussing Suarez, Valverde said: “Goalscorers sometimes score and sometimes they don’t but Luis always perseveres. He fought for a long ball and was rewarded.”