?Barcelona manager Ernesto Valverde has played down suggestions of a rift between midfielder Philippe Coutinho and supporters of the club.

The 26-year-old has been rumoured to be dissatisfied with life at the Nou Camp after joining from Liverpool for £142m in January 2018, with reports indicating that he is looking to engineer a summer exit. Such speculation appears to have irked some Blaugrana fans, with whistles and jeers greeting Coutinho when he was brought on during Saturday’s narrow 2-1 league victory over Real Sociedad. 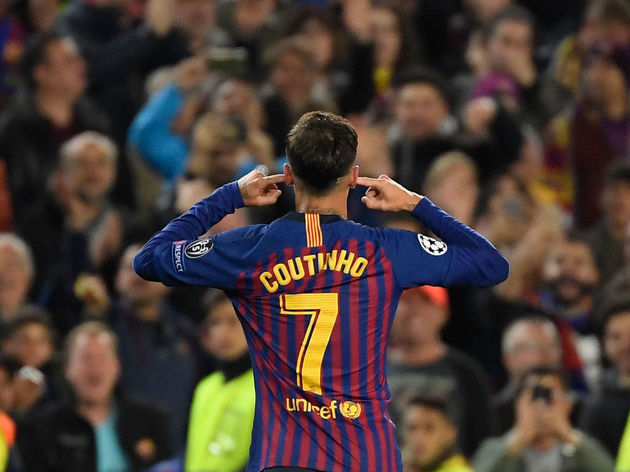 The abuse raining down from the stands followed the ?Barça ?Manchester United?Champions League?La Liga

That defiant statement was all the Spaniard had to say regarding the matter, evidently feeling that no more needed to be added. He swiftly moved on to discussing Barcelona’s win, saying: “

Lenglet and fellow defender Jordi Alba scored either side of Juanmi’s deft finish, with Coutinho making his appearance off the bench in the dying embers of the contest. The former ?Reds playmaker was largely ineffectual, though he had scarce opportunity to showcase his talents in a short cameo.