?Barcelona manager Ernesto Valverde has revealed he has not considered resigning following his side’s 2-0 victory over Getafe in their last home game of the season on Sunday.

Barca battled past a stubborn Getafe side on Sunday afternoon to record the 15th home victory of their 2018/19 La Liga campaign. However, the win was not enough to gloss over what has been a very disappointing and embarrassing week for Valverde and his players.

In the wake of ?Barcelona’s ?Champions League elimination following a 4-0 loss to ?Liverpool at Anfield, question marks have been raised over Valverde’s managerial capability in Europe’s elite competition.

Speaking after the match, the Spaniard was asked whether he had considered walking away at the end of the season. He responded, as quoted by ?Sport: “Well, no.

“For us it was fundamental to win, to get rid of the ghosts in our head and take a step forward. In the start it was hard for us because we didn’t have our minds straight and they came to put salt in the wound, but later we got on top of it.” Philippe Coutinho and other players were whistled during Sunday’s clash but Valverde admitted he expected the reaction after their dismal Champions League exit.

He added: “I expected that reaction. At first they whistled us a little, but, of course they would. When we’ve have a defeat like we’ve had, they have to let you know it. We knew they we would be with us if we showed up. We are grateful and happy (for their support).” 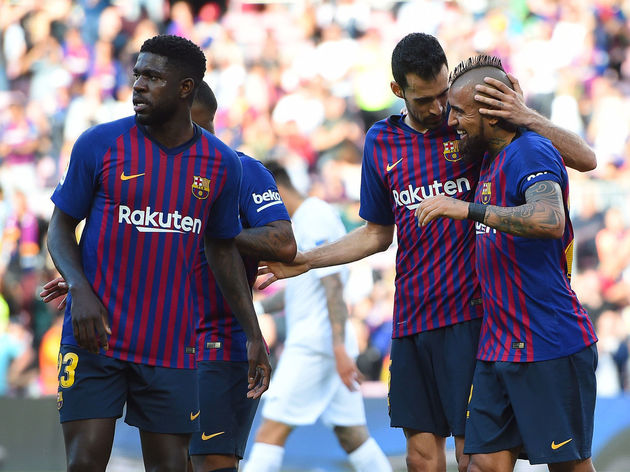 Despite another successful domestic campaign, sections of Barcelona’s fan base have been unhappy with some of Valverde’s team selections, and the style of football he employs at Camp Nou.