Ajax head coach ?Erik ten Hag has questioned Frenkie de Jong’s new role at Barcelona, claiming that he is not a natural goalscorer.

The 22-year-old has been deployed in a more advanced role at Barcelona in recent times, and was on the scoresheet in Barça’s 3-2 win over Real Betis in La Liga. 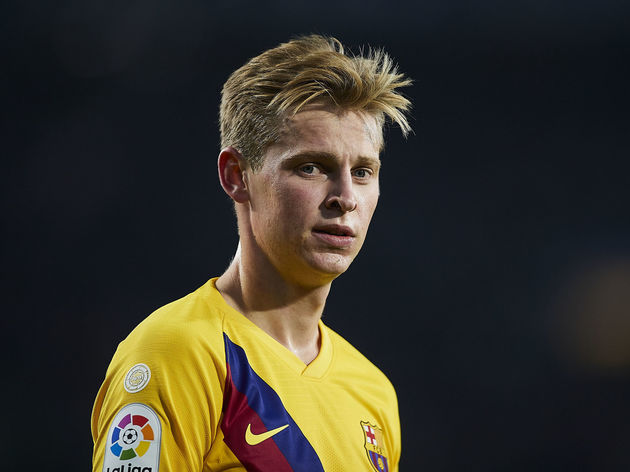 But Ten Hag, who managed De Jong during the formative years of his career at Ajax, claims that he’s more suited to being utilised in a deeper, more creative role – suggesting that he doesn’t have the eye for goal required to play further up the field.

Speaking to Ziggo Sport, in quotes relayed by ?Marca, Ten Hag said: He’s the player who supplies… who supplies the teammates who give the assists or who score goals from their position.

“Once I got him out of there,

just two goals for Barcelona in all competitions, suggesting that Ten Hag‘s judgement of the midfielder’s best qualities are somewhat accurate.

In La Liga, the Dutchman has 92.4% pass accuracy, suggesting that the strength of his game does indeed lie with linking up play, rather than finishing moves off. But even though those numbers are impressive, De Jong is seeing less of the ball since joining Barça – averaging just 59.3 passes per game for the Catalans, compared to 79.5 passes per Ajax game.

His inability to get on the ball is perhaps indicative of the higher standard of football in La Liga, with the Eredivisie – and Ajax’s dominance of it – allowing De Jong to roam around more freely in possession. But Barcelona’s struggles will also have played a part, with a rebuild under Quique Setién the order of the day following the dismissal of previous manager Ernesto Valverde.

Barça are currently playing second fiddle to Real Madrid in the ?La Liga title race, and know they’ll have to be at their absolute best if they want to have any chance of dethroning Liverpool as champions of Europe.