Barcelona took an almighty risk when they opted to fork out £65m to sign Luis Suarez from Liverpool in 2014.

Despite his undeniable talent, the Uruguayan forward had rightly earned a reputation as a difficult character, whose career was beset by controversy after controversy.

That same summer, he had earned himself a lengthy ban for inexplicably chomping down on Giorgio Chiellini’s arm at the World Cup – the third time he had been found guilty of such an offence. 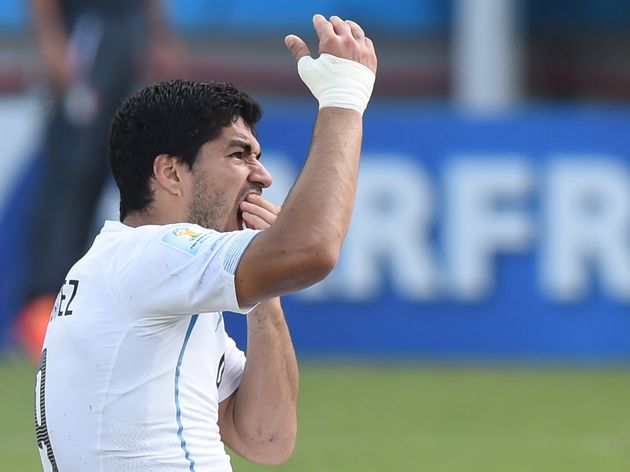 Shining through all that, however, were his mesmerising individual displays for ?Liverpool. It was during the 2013/14 season where ?Suarez staked his claim as one of the best players in the world and, on that basis alone, you can understand why ?Barcelona felt it was necessary to bring him to Camp Nou – regardless of what may have come before.

Life at Barcelona didn’t exactly start out smoothly for Suarez. The aforementioned bite in the World Cup meant that he was forced to miss the start of the 2014/15 season and, once he was finally able to take to the pitch, he only managed to register one goal in his first eight appearances, raising serious questions over his ability to make the step up with La Blaugrana.

Those doubts were almost immediately alleviated as Suarez went on to play a crucial role in Barcelona’s treble-winning season, scoring 25 goals in all competitions, and he wrote himself into history by netting in the Champions League final against Juventus.

His performances helped to build the foundations for the dominant period that was to come for Barcelona. And with Lionel Messi – who tends to register the vast majority of goals and assists for himself – Suarez’ contribution in the final third was even more admirable.

As impressive as his debut season was, it was just a taster of things to come. 2015/16 saw Suarez perform to the very best of his abilities, finishing the campaign with an absurd amount of goals to his name. 59 to be exact, including eight hat-tricks. Even Messi couldn’t come near that number of goals, which tells you everything you need to know.

Suarez’ individual displays were certainly magnificent, but let’s not forget the fact that he also formed one part of the deadliest attacking trio in the history of Spanish football – ‘MSN’, consisting of Suarez, Messi and ?Neymar.

Plenty of attacking trios have been able to match MSN in terms of pure talent (see Real Madrid’s combination of Cristiano Ronaldo, Gareth Bale and Karim Benzema), but no one else has been able to combine said talent with the same telepathic chemistry that the trio consistently demonstrated.

During their three-year spell together, the three superstars scored a scarcely-believable 354 goals. 354! It shouldn’t come as a surprise to learn that Suarez hasn’t been able to come close to matching his 2015/16 tally, but he has still managed to remain one of the most lethal strikers in the world for the past few years – more than playing his part in Barcelona’s recent domestic domination.

Tenacious, aggressive and prolific, Suarez is yet to score fewer than 25 goals in a single season for Barça, and that sort of consistency has only been replicated by the likes of Messi and Cristiano Ronaldo during the past decade.

There have been plenty of important arrivals at ?Barcelona during the 21st century, but few have had the same long-lasting effect as Suarez. There’s no doubting that, without him, Barça would not have been quite as successful as they have been over the past five years.

He’s the club’s fifth-highest scorer of all time, the third-highest scorer in La Liga and, at 32-years-old, he has shown no real signs of slowing down just yet. His individual achievements aside, what has been particularly notable over the past few season has been Suarez’ disciplinary record and overarching transformation in character, which has allowed him to focus solely on his football.

While it’s difficult to praise someone for not biting another player with alarmingly regularity, Suarez has clearly improved the side of his game that had overshadowed his previous successes at Liverpool.

He’s far from a saint – that much is obvious – but he hasn’t been embroiled in a single controversy since arriving in Spain, instead letting his football do the talking. Barça have reaped the rewards as a result and Suarez has cemented his reputation as a world class striker – even if he still remains the focus of unbridled hatred amongst rival supporters.

Of course, Suarez won’t be remembered with the same fondness as the likes of Messi, Andres Iniesta or Xavi – nor will any other player for that matter – but he should always find a special place in the hearts of Barcelona supporters who have bore witness to five years of footballing majesty.