?La Liga champions Barcelona travel to mid-table Eibar on Sunday afternoon to contest the final league game of another outstanding domestic season for the Catalan giants.

Ernesto Valverde’s side have run away with the title once more and are currently 11 points clear of second-placed Atletico Madrid. Their campaign does not finish here, however, as they will attempt to complete back to back doubles by beating Valencia in the final of the Copa del Rey next Saturday.

For Eibar and their fans, it will be a day of celebration as they sit comfortably in 12th position and can look ahead to their sixth consecutive season in the Spanish top flight.

Eibar remain without defenders Pedro Bigas and Ruben Pena while centre back Anaitz Arbilla is still missing for the home side. 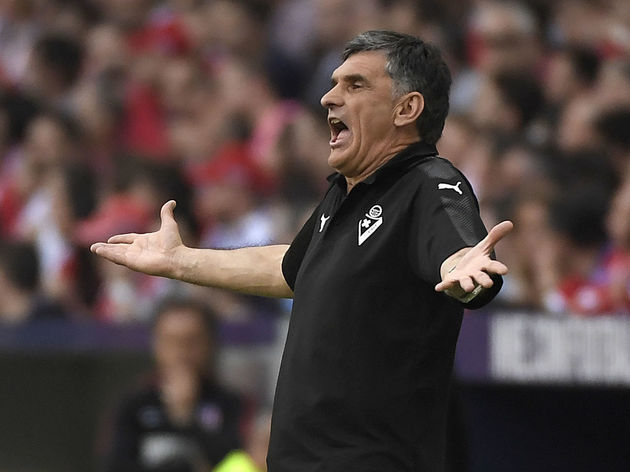 Brazilian midfielder Arthur should be fit enough to take a place on the bench but his international colleague Philippe Coutinho is not expected to feature as he is suffering from a thigh problem. With the game against Valencia just six days away, Valverde is expected to make some changes to his usual team with Jasper Cillessen, Samuel Umtiti, Carles Alena and Abel Ruiz set to start.

Barcelona have a perfect sequence of results against Eibar, beating them all nine times they have faced each other in La Liga In the reverse fixture this season, two goals from Suarez and one from Lionel Messi Barcelona have shown no such inconsistency, winning four of their previous five league fixtures, although a surprise defeat away to Celta Vigo at the beginning of May will give Eibar hope that they can spring another upset on Sunday afternoon.

With the title sewn up weeks ago and Barca eyes potentially looking ahead to the Copa del Rey final, Eibar will see this as a perfect opportunity to end the season by claiming their first ever league victory over the visitors. Valverde could well make some changes to his preferred starting XI and, with Suarez out, Barcelona may not be as potent an attacking threat as they usually are.

Saying that, Messi is still due to start for the away side and they have an abundance of talent in their squad which should be enough to at least see them avoid defeat.

Getting their first point against Barcelona will still be seen as a huge scalp by Eibar, and they have a good chance of achieving it.