?France manager Didier Deschamps has defended Antoine Griezmann’s start to life at Barcelona, hinting that a change of position has harmed his development at Camp Nou.

Griezmann joined Barça from Atletico Madrid during the summer following a long and drawn-out transfer saga, and was thrown in at the deep end straight away as injuries to Lionel Messi and Luis Suarez stopped Ernesto Valverde from being able to start his three illustrious forwards together. The former Real Sociedad forward has four goals and three assists in his 11 La Liga appearances so far this season and is yet to find the net in the ?Champions League for his new side, but Deschamps has come out in support of his World Cup winner regardless.

He said ahead of France’s Euro 2020 qualifier against Moldova, as quoted by ?ESPN: “Things could be better, but I watch each match, and things are far from catastrophic. It is also a question of how he is used. He was in his best role with ?Atletico Madrid.

“Perhaps he is less decisive [with ?Barcelona] than he is with us. However, he knows his importance to us and my confidence in him.”

Griezmann is without a goal for Les Bleus in his last six international fixtures, last scoring for his national team back in June during the 2-0 victory over Bolivia.

A positive result against Moldova will see France qualify for Euro 2020 ahead of their last game of the year, a trip to Albania. 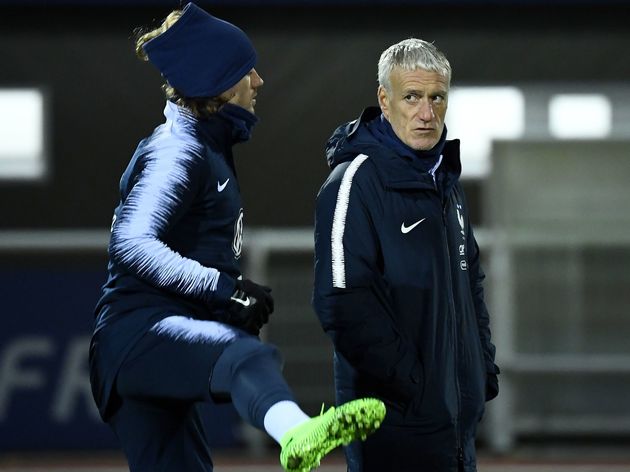 Speaking on the game, Deschamps added: “Being prudent does not mean being fearful. It is always good to be careful or vigilant.

“The reality is that we have not qualified – that is a fact. We will do everything to reach our goal. We must not believe that we have already qualified. We must ensure our qualification here. This is no trap.”