?Dani Alves took to Instagram to offer himself to any interested clubs, but he still has his heart set on a return to Barcelona alongside Neymar.

The 36-year-old has been the subject of plenty of interest after his contract with Paris Saint-Germain came to an end, although he is yet to agree a move to a new side.

In his latest ?Instagram post, ?Alves jokingly asked his fans where he should send his CV to, and there were certainly some intriguing responses. The likes of ?Neymar and ?Douglas Costa replied, whilst his partner, Joana Sanz, even suggested he should join La Liga 2 side CD Tenerife.

Could Sanz have revealed Alves’ next move? Almost certainly not.

?Mundo Deportivo state that Alves still has his heart set on a return to ?Barcelona, and he is prepared to play the waiting game in the hope that a number of factors will work in his favour. The veteran right-back called Barcelona president Josep Maria Bartomeu to ?try and arrange a move back to Camp Nou but was told that club officials did not want to pursue a move for him at this time. However, Alves has not given up.

He hopes that Barcelona will manage to complete the blockbuster signing of close friend Neymar, which could give him one foot in the door at Camp Nou. PSG are also believed to be keen on ?Nelson Semedo as a replacement for Alves, and his departure would leave an Alves-sized hole in Barcelona’s squad. 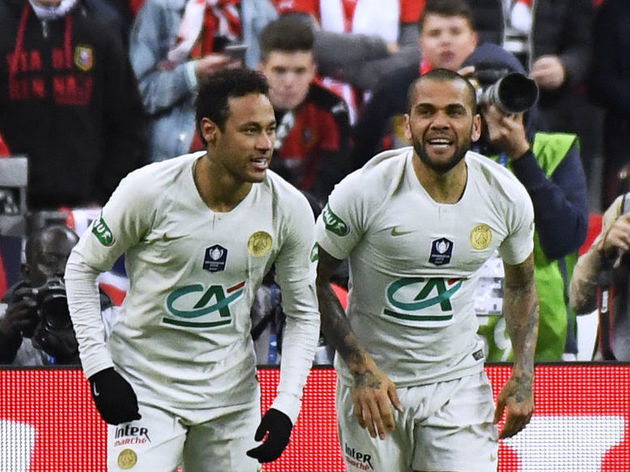 Given Barcelona have already spent heavily this summer on Antoine Griezmann, the fact that Alves is available for free could work in his favour, so he is now simply waiting to see the next move in the lengthy Neymar saga.

He is said to have received offers from ?Inter, ?Juventus and ?Manchester City, but Alves is reluctant to accept anything at the minute as he is only focused on heading back to Barcelona.