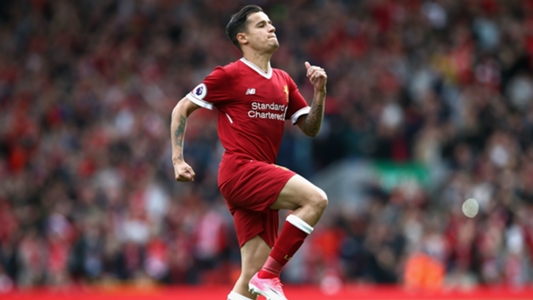 Jurgen Klopp insists he will not become distracted by the transfer saga surrounding Philippe Coutinho, but suggested that the Liverpool star’s future could be out of his hands.

Barcelona have made two bids for the 25-year-old, most recently seeing an offer of €100 million rejected.

Liverpool owners Fenway Sports Group released a statement on Friday insisting they would not entertain offers for Coutinho, but a few hours later, the Brazil international submitted a transfer request.

Coutinho missed Liverpool’s thrilling 3-3 draw with Watford on Saturday due to a back injury, after which Klopp stressed his focus is on the players at his disposal but admitted he does not have final say on the former Inter man’s future.

“I have to accept decisions from owners, that’s how it is, and sometimes from players, but for this moment I just have to concentrate on my team.”

Liverpool conceded an injury-time header from Miguel Britos to surrender the lead at Vicarage Road, although Klopp was angry that the goal was allowed to stand due to the Watford defender having scored from an offside position.

However, Hornets boss Marco Silva felt his players deserved a point from a match in which they twice lost a one-goal lead.

“I think it’s a fair result. We had a very good first half, a good intensity like I wanted,” he told BBC Sport.

“I didn’t like the first 25 minutes of the second half. We expected a good reaction from Liverpool but we needed to be better. We made mistakes. But we reacted well.

“Our fans pushed our players on. We had some small injuries. We need to show this attitude and commitment in all our games.”