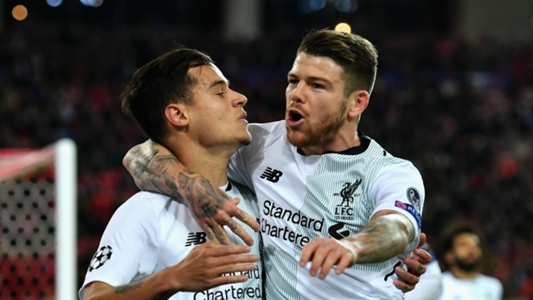 Philippe Coutinho has insisted that the transfer wranglings this summer between him, Liverpool and Barcelona are now in the past as he focuses on excelling at Anfield.

The Brazil playmaker found himself in the middle of a tug-of-war, with Barca making multiple bids for his services that were turned down flat by the Reds.

Coutinho 6/1 to score 1st vs. Newcastle

A series of ambiguous comments on his future suggested that Coutinho had hoped for a move to Camp Nou, and he missed the start of the season with a succession of fitness niggles.

Now back in the Reds first team, however, and having scored in his last two outings, the player believes he is ready to move on from the drawn-out saga.

“I’m calm. It’s all passed by. I’m here to defend the colours — to give my maximum,” he said after scoring during Liverpool’s 1-1 draw with Spartak Moscow on Tuesday, which leaves Jurgen Klopp’s men with just two points from their opening two Champions League games.

“It wasn’t really the result we wanted, but we have to keep working and there are more games, another four games to come.”

Coutinho has added motivation for wanting a strong season at Anfield this term.

Brazil have already clinched qualification for the World Cup in Russia next June, and places in Tite’s starting line-up look set to be fiercely fought over as the coach enjoys a rich pool of talent in the creative positions.

“I hope to get called up,” he said of his chances of making the cut for Russia 2018.

“With every call-up I want to develop and for us develop as a team in order to be successful.”