Liverpool forward Philippe Coutinho could be set to join fellow countrymen Neymar and Thiago Silva at Paris Saint-Germain if the latter gets his way.

The French giants smashed the world transfer record over the summer to bring in one Brazilian from Barcelona for €222 million.

Coutinho 8/5 to score vs. Sevilla

They could now be about to join the La Liga heavyweights in the battle for another, with Coutinho having registered on the radar at Camp Nou for some time.

Liverpool have been able to retain the services of their 25-year-old playmaker for now, but PSG defender Thiago Silva believes a big-money move could be pushed through in 2018.

He told Telefoot: “I talk a lot with Coutinho. I hope that at the end of the season or even before, it could be a nice surprise for us.

“I hope he will think well and that next year he will work with us.” 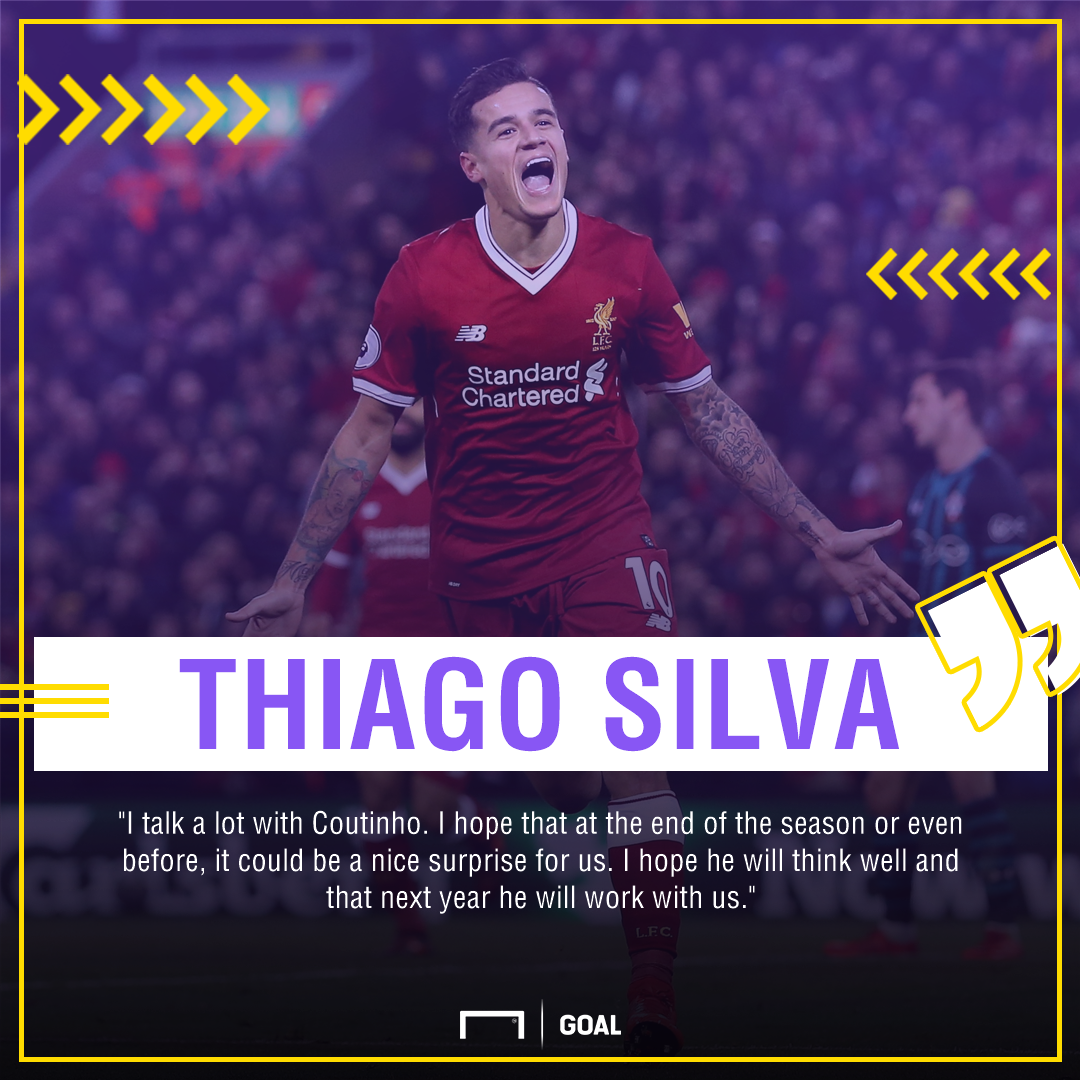 Thiago Silva could play a leading role in any approach for Coutinho, with the 33-year-old prepared to help sell PSG to a potential target.

He did likewise when Neymar was weighing up his options, with the experienced centre-half filling in as an agent to get deals over the line.

“As with Neymar, I give him a lot of advice,” he said.

“But I think the most important thing for him [Coutinho] is to make the best decision.”

Coutinho has made 10 appearances for Liverpool this season, netting five goals.

He was wanted by Barca as a replacement for Neymar, while PSG would be looking to pair him with a fellow Brazilian if a move is made.

The Ligue 1 table-toppers would, however, have to make room for Coutinho by offloading at least one other forward, with Unai Emery already boasting the likes of Neymar, Kylian Mbappe, Edinson Cavani , Angel Di Maria, Javier Pastore and Julian Draxler within his squad.