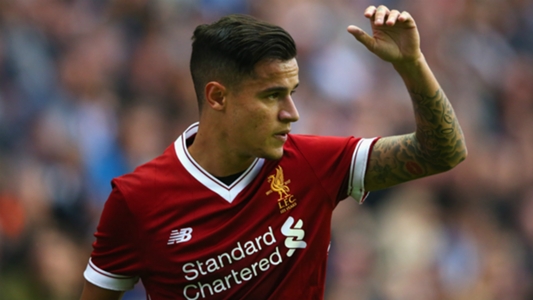 Liverpool should not stand in the way of Philippe Coutinho if he wants to join Barcelona, according to Manchester City goalkeeper Ederson.

The 25-year-old Brazil playmaker is believed to have handed in a transfer request at Anfield amid interest from Barcelona but Liverpool have stood firm, reportedly rejecting three bids.

Speaking after the 1-0 win over Crystal Palace on Saturday, Liverpool boss Jurgen Klopp said the situation is “not too easy for anybody”, with Coutinho out of action due to a back problem.

Compatriot Ederson made a big-money move of his own in June, when he joined City from Benfica for £34.7 million, and he feels the player’s preference should hold sway.

“I think Coutinho has to choose the best for him. It is not the club that decides for him, the final decision is his,” Ederson told Omnisport.

Ederson is poised to make his home debut for City against Everton on Monday, having been largely untroubled during last weekend’s opening 2-0 win at Brighton and Hove Albion.

The 24-year-old has credited the presence of countrymen Fernandinho, Gabriel Jesus and fellow new arrival Danilo with easing his introduction to life in England.

“It’s a very challenging style of football,” he said of the Premier League. “It’s a bit different from Portuguese football. But I am adapting well, the group welcomed me very well.

“The Brazilians have helped me a lot. I only feel a little difficulty with the language because, as a goalkeeper, I have to have a good communication with my team.

“But gradually I will get better and I only want to bring good things for the club.”

Claudio Bravo has started the campaign as Ederson’s understudy following an error-strewn debut season in England that persuaded City to make their new man the world’s most expensive goalkeeper – something he concedes does bring added pressure.

“But, of course, you suffer more pressure. Many people look forward to my work, and I hope to live up to expectations and work at a high level.”