Liverpool’s decision to sell Philippe Coutinho to Barcelona during the winter window has stunned Jamie Carragher, with a top-four risk taken at Anfield.

The Reds were able to fend off advances from Camp Nou last summer, but eventually bowed to pressure when interest was rekindled in January.

A €160 million deal means they have been handsomely rewarded for parting with a Brazilian playmaker, but they have lost a key cog in a devastating attacking arsenal.

Carragher believes a gamble has been taken on Champions League qualification, with it difficult to see why Liverpool did not fight harder to keep Coutinho until the summer.

The Reds legend wrote in a column for the Daily Telegraph: “I cannot understand Liverpool’s decision to sell Coutinho now. Not mid-season.

“No matter how much I hear about boyhood dreams; efforts to convince him to stay; and how much family, representatives, or even sponsors pushed for it, why this month?

“The financial reward is vast. So is the risk.

“But I still fear a mid-season deal unnecessarily jeopardises Liverpool’s Champions League place for next season.

“If they do not finish in the top four, everyone will point at Coutinho’s sale.” 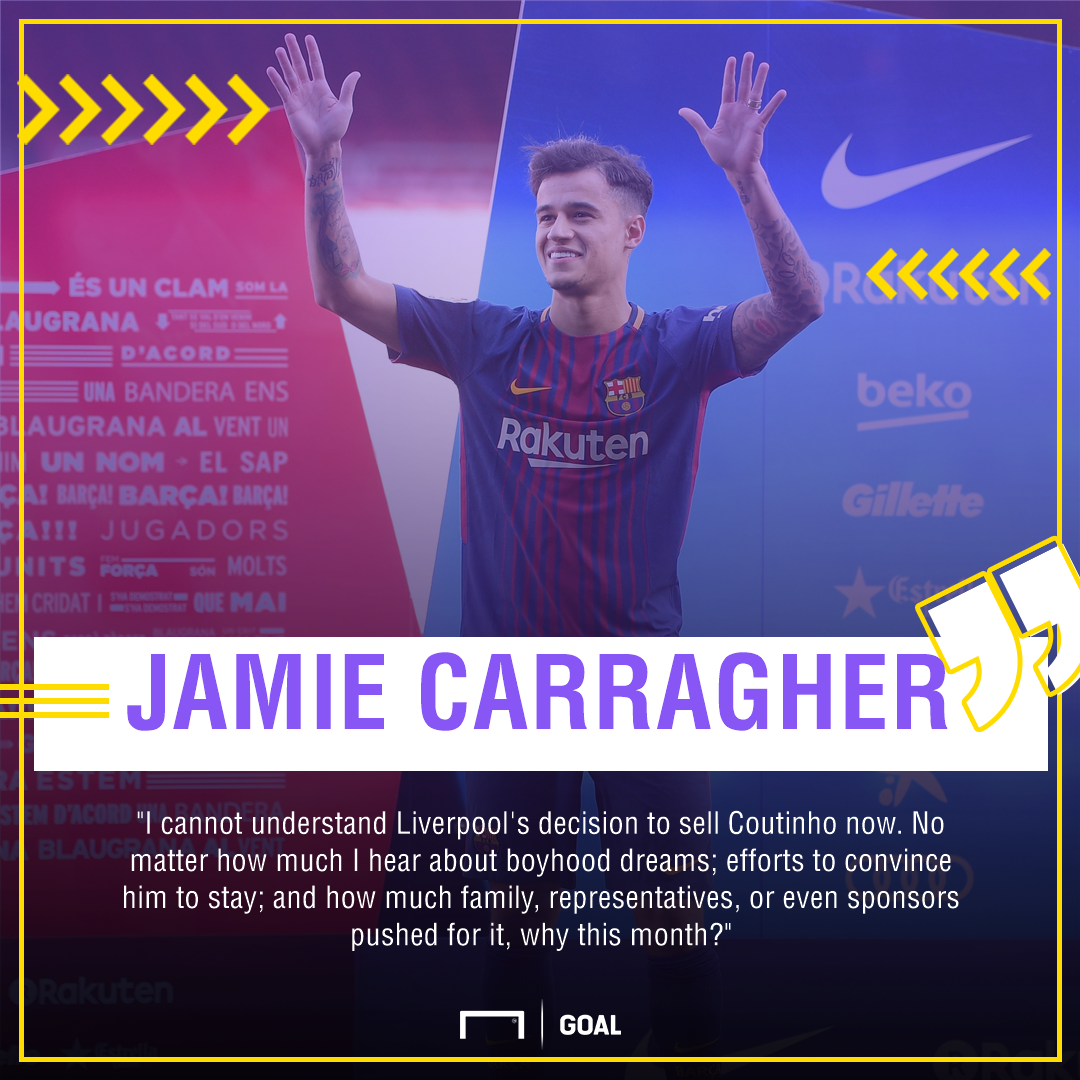 Carragher added: “Regardless of how much Coutinho agitated, Liverpool could have stood firm.

“While some players, such as Alexis Sanchez and Virgil van Dijk, lost form after being denied their summer move, Coutinho was the opposite.

“He has never played better for Liverpool than between September and December this season.

“I am sure the Brazilian would have recovered from his disappointment for four more months.”

Liverpool sit inside the Premier League’s top four at present, but only three points clear of Tottenham and five ahead of Arsenal.

That battle looks set to go down to the wire once again, with the Reds now unable to call upon the mercurial talents of a player who had contributed 12 goals and eight assists to their cause across all competitions.