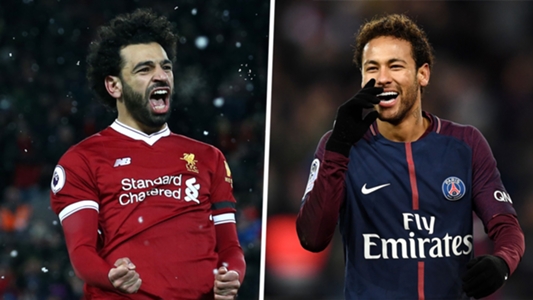 Philippe Coutinho believes Mohamed Salah and Neymar can stake their claims to be the world’s best player at Russia 2018.

Both are going into the tournament with injury concerns –  Salah faces a race against time to be fit after hurting his shoulder in the Champions League final , while Neymar has not played since fracturing his foot in February .

Coutinho, who played with Salah at Liverpool before his January move to Barcelona and regularly partners Neymar in attack for Brazil, is confident that both have what it takes to disrupt Lionel Messi and Cristiano Ronaldo’s dominance at the summit of the game.

“It feels like the right moment for ­someone to take their chance at this World Cup,” said Coutinho.

“Messi and Ronaldo have been up there on their own for so many years. I think it may be time for other players to aspire to be the best in the world – and the best at this World Cup, too.

“For me, Salah and Neymar have serious chances to do that. It depends on how the tournament goes, of course, but they have the talent to do it. Those are the players I would pick out.”

Coutinho, who is expected to feature in Brazil’s friendly against Croatia at Anfield on Sunday , enjoyed half a season alongside Salah before his move to Spain and has seen enough to know he will be a firm Liverpool favourite for years to come.

“Watching Mo Salah since then has been amazing,” he added.

“He is going to be a player who will be a big hero at Liverpool for a long time, I am totally convinced of that.

“He can do well in the World Cup, too – it all depends on how far his team can go. But we also know what Neymar can bring. He is a special player.”