With Neymar on the verge of leaving Barcelona for Paris Saint-Germain, Ronaldinho has talked up Liverpool star Philippe Coutinho as a possible replacement.

Barca confirmed on Wednesday that Neymar has asked to leave the club, but they made PSG aware that they will need to meet his €222 million release clause in order to get a deal done.

Any agreement will leave Barca with a hole to fill in their squad, and the Liga side have made Coutinho their top target, only to be told by Liverpool that he is not for sale at any price.

But Ronaldinho believes they must keep pushing for the 25-year-old to plug the gap left by his compatriot. 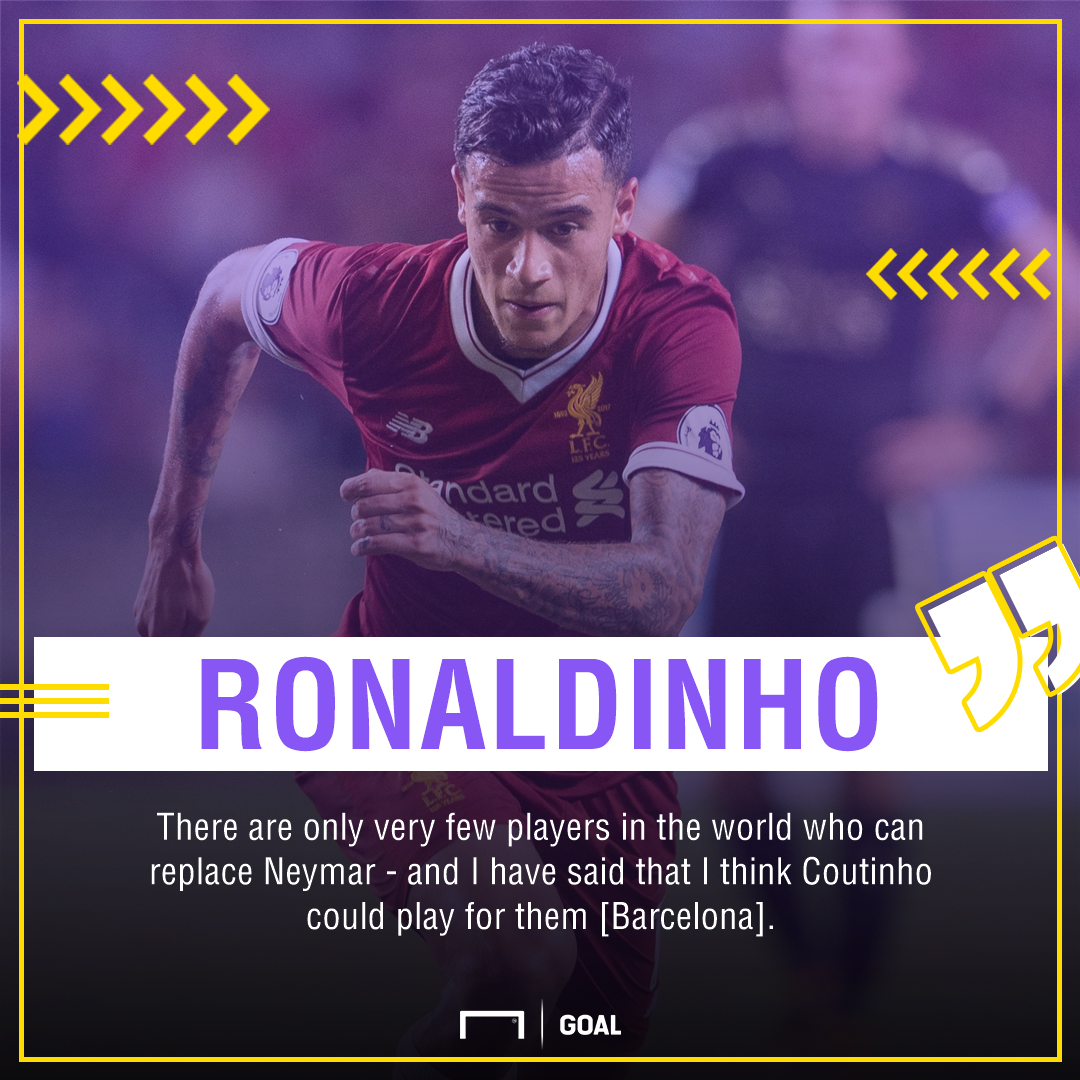 The former World Player of the Year said on the search for Neymar’s successor: “There are only very few players in the world who can replace Neymar – and I have said that I think Coutinho could play for them.

“He is at a level where he could come and fill the gap left by Neymar – but Liverpool will know his worth and after the fees of this summer, it will cost Barcelona.”

Mourinho: Neymar is not expensive

Ronaldinho, who represented Barca and PSG during his distinguished playing career, has been following the Neymar saga closely this summer.

He hopes that a fellow countryman has made the right choice in seeking out a move, and that his former employers in Catalonia are not priced out of the market for cover.

“I have played for both clubs and of course Barcelona are the bigger team historically, but both clubs are now at a level where they are competing for the biggest trophies,” he added.

“I told [Neymar] that he had to make the right decision for him. I did not want to advise him either way – I have just told him to follow his heart and hopefully that is what he has done.

Messi to thrive without Neymar?

“There is no doubt that Barcelona will try and replace Neymar, but the problem they have is that clubs now know their financial position.

“The fee for Neymar has been made public and opposition clubs will know that Barcelona have all that money – they are not going to let their best players go cheaply.”