The Barcelona fans had been made to wait. After the Catalan club missed out on signing Philippe Coutinho from Liverpool in August, the Brazilian was finally signed by the Blaugrana earlier this month and following a 20-day injury layoff, he belatedly made his debut on Thursday.

Barca boss Ernesto Valverde had hinted earlier in the week that the Brazilian could feature following his €160m move from Anfield, yet there was no place for the 25-year-old in the starting line-up against Espanyol at Camp Nou.

The Blaugrana, winners of the Copa del Rey in each of Luis Enrique’s three seasons in charge, were looking to overturn a 1-0 first-leg deficit after last week’s narrow loss at Cornella to seal their place in the semi-finals.

And by the time Coutinho came on to replace Andres Iniesta with 22 minutes remaining, they were already two goals up on the night after a first-half header from Luis Suarez and a deflected strike by Lionel Messi from outside the box before the interval.

Prior to kick-off, it was another former Liverpool player, Javier Mascherano, who was saying goodbye to the Barca faithful after seven and a half seasons at Camp Nou. And his No.14 shirt already had a new owner in another ex-Red: Coutinho.

The Camp Nou crowd stood to applaud as Coutinho clapped hands with Iniesta and ran on for his first Barca appearance after 68 minutes, slotting into a four-man midfield alongside Sergio Busquets, Ivan Rakitic and Paulinho (who had replaced Aleix Vidal just minutes earlier).

Immediately apparent was the midfielder’s desire to be on the ball, to receive and carry it forward, always looking to be positive by picking out team-mates in advanced positions or running down the channels.

Mostly, though, he kept it simple, with some neat link-up play and passing, although one ambitious through-ball for Paulinho only just failed to find his international team-mate on the edge of the area. 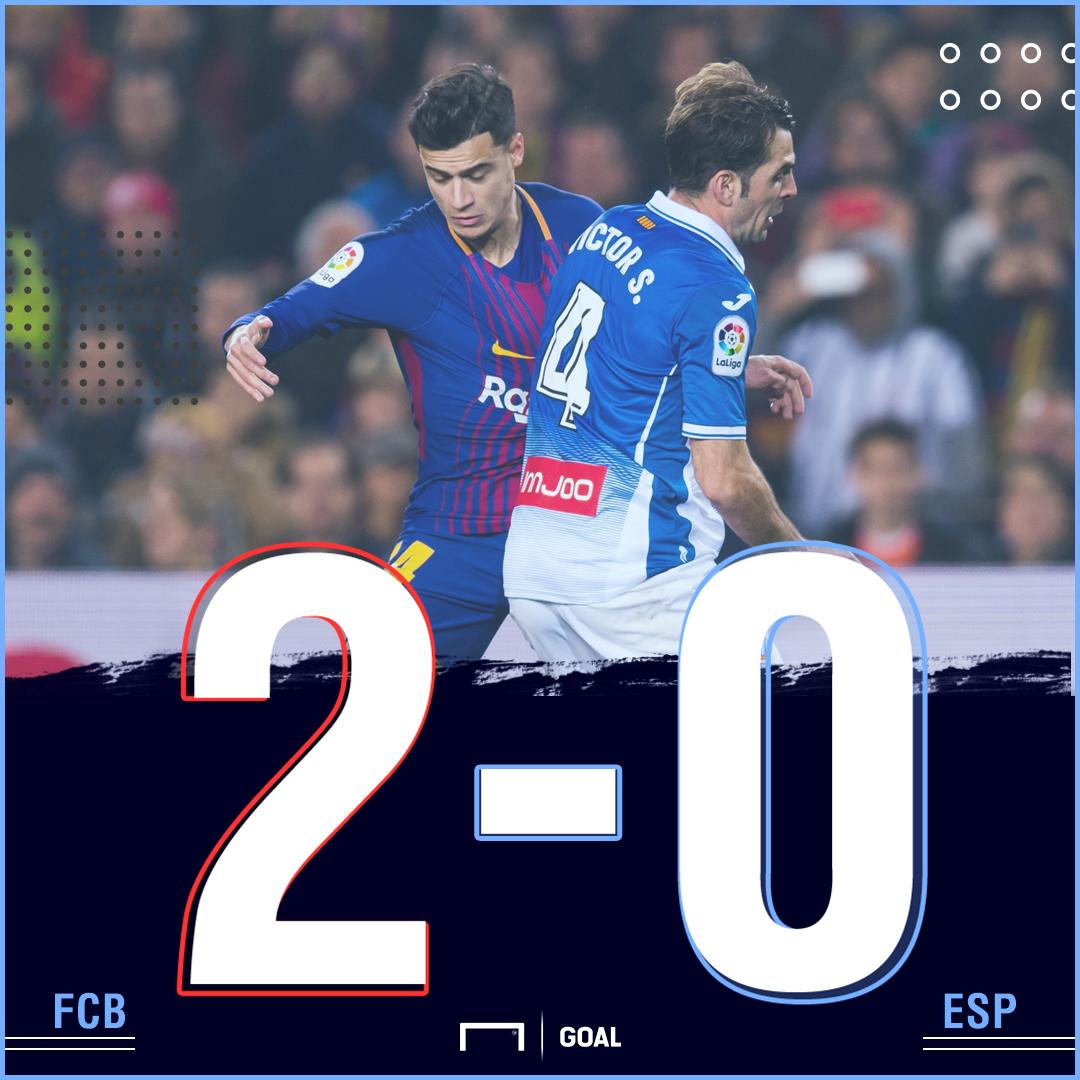 It was a bright cameo and Barca fans will want to see more. Coutinho is cup-tied in the Champions League after featuring for Liverpool in the competition, but he can be useful in the Copa del Rey and also La Liga.

Valverde’s side survived a late penalty appeal from Espanyol and also nearly added a third as Messi headed against the post, securing a semi-final spot in the cup for an eighth season in a row.

With Iniesta likely to be used more sparingly in the second half of the season and probably kept in reserve for the big Champions League games, Coutinho should receive plenty of opportunities in the weeks ahead.

And on this early evidence, he looks set to be a very good signing indeed.