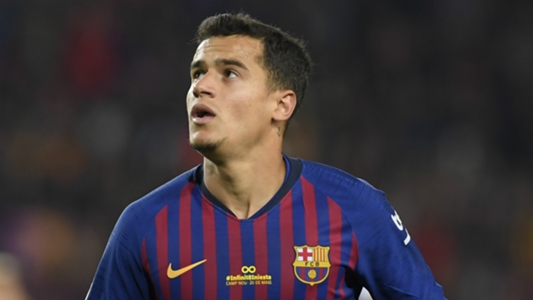 Philippe Coutinho will wear the number seven shirt for Barcelona this coming season, the Liga champions have announced.

Coutinho, who joined the Catalan club from Liverpool for €120m (£108m/$139m) in January, initially wore the No.14 shirt upon his arrival at the Camp Nou from Merseyside – but he now fills the jersey vacated by Arda Turan as Ernesto Valverde prepares for the new season.

The Brazil international, who featured for his country at the World Cup in Russia where they reached the quarter-finals, follows in the footsteps of club legends Luis Figo and David Villa in taking on the mantle.

In his first half-season with Barca, the 26-year-old won the domestic double with the club, winning the Copa del Rey alongside the league, scoring 10 goals across 22 appearances.

In stepping into the storied legacy of the number seven shirt, Coutinho will hope to write his own legacy at Barca, similar to the mould of previous holders Figo and Villa, both of whom delivered triumphs during their stints.

The former helped the team to a domestic double in 1997-98 before his bitter transfer to Real, and the latter scored the winning goal in the team’s 3-1 victory against Manchester United in the 2011 Champions League Final before his transfer to Atletico Madrid.

His elevation to the number seven position sends a signal of intent to La Liga rivals and Champions League holders Real Madrid who are still looking to fill the vacancy left by Cristiano Ronaldo.

The Portuguese superstar left the Spanish capital to join Serie A giants Juventus, where he has retained the same shirt number he held during his tenure at Santiago Bernabeu.

Coutinho’s new number also places him in direct contention with France’s World Cup winner Kylian Mbappe at Paris Saint-Germain, who himself took up the same jersey in the French capital this summer.

Barca face Sevilla in the Supercopa de Espana Final on August 12 before they kick off their Liga title defence against Alaves six days later on August 18.