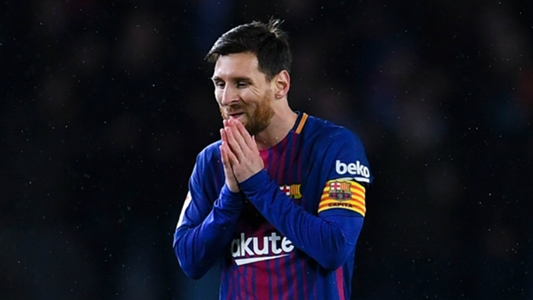 Barcelona star Lionel Messi gets better every day, according to team-mate Philippe Coutinho.

Messi is enjoying another stellar campaign with the La Liga giants, scoring 27 goals in 34 games in all competitions.

Coutinho, a €160million arrival at the Camp Nou from Liverpool in January, said it was amazing to see Messi, 30, still improving.

“It seems incredible, but every day Messi gets better, and as a team-mate I can only take advantage of my moments with him,” the Brazil international told 8TV .

“I’ve learned a lot from everyone and I’ve tried to take advantage of everything they taught me.”

Coutinho is still settling in at runaway league leaders Barca, making four appearances for the club so far.

“Valverde welcomed me in, and he is always seeking to improve the team’s game,” Coutinho said.

“He talks a lot with players in training and corrects positioning, which is important.”

Barcelona face Valencia in the second leg of a Copa del Rey sem-final on Thursday.

The Catalans are nine points clear of second-placed Atletico Madrid heading into the business end of the season, and have draw Chelsea in the round of 16 in the Champions League.