Philippe Coutinho considers playing alongside Barcelona team-mate Lionel Messi “very special” as he believes the Argentine to be the best in the world.

Coutinho joined Barca from Liverpool in January after a protracted transfer saga and has settled in quickly, impressing with his early performances.

The Brazilian was strongly linked with a move to Camp Nou in pre-season and was reportedly upset when it did not go through.

But after finally getting his dream switch to Barca, Coutinho has the chance to play alongside Messi every week, with the Argentina star, Luis Suarez and Andres Iniesta making a strong impression on the 25-year-old.

“It’s something very special [to play with Messi],” Coutinho told Mundo Deportivo. “Not everyone has the opportunity to play with the best player in the world. This makes me very happy.

“[Messi and Suarez] received me very well. They are two great idols and being part of the team with them is a very good feeling.

“But not only with them, also with Andres and with the rest. For me it’s very special to live with this squad. For me, it’s a great experience and a great opportunity to be in this club.”

Coutinho’s transfer fee of €120million, potentially rising to €160m, makes him the most expensive signing in the club’s history, but he insists that is not a cause of pressure.

“No, for me it’s an honour and gives me pride,” Coutinho added. “But it’s something I have to set aside, so I can dedicate myself to playing football and doing it the way I always did. 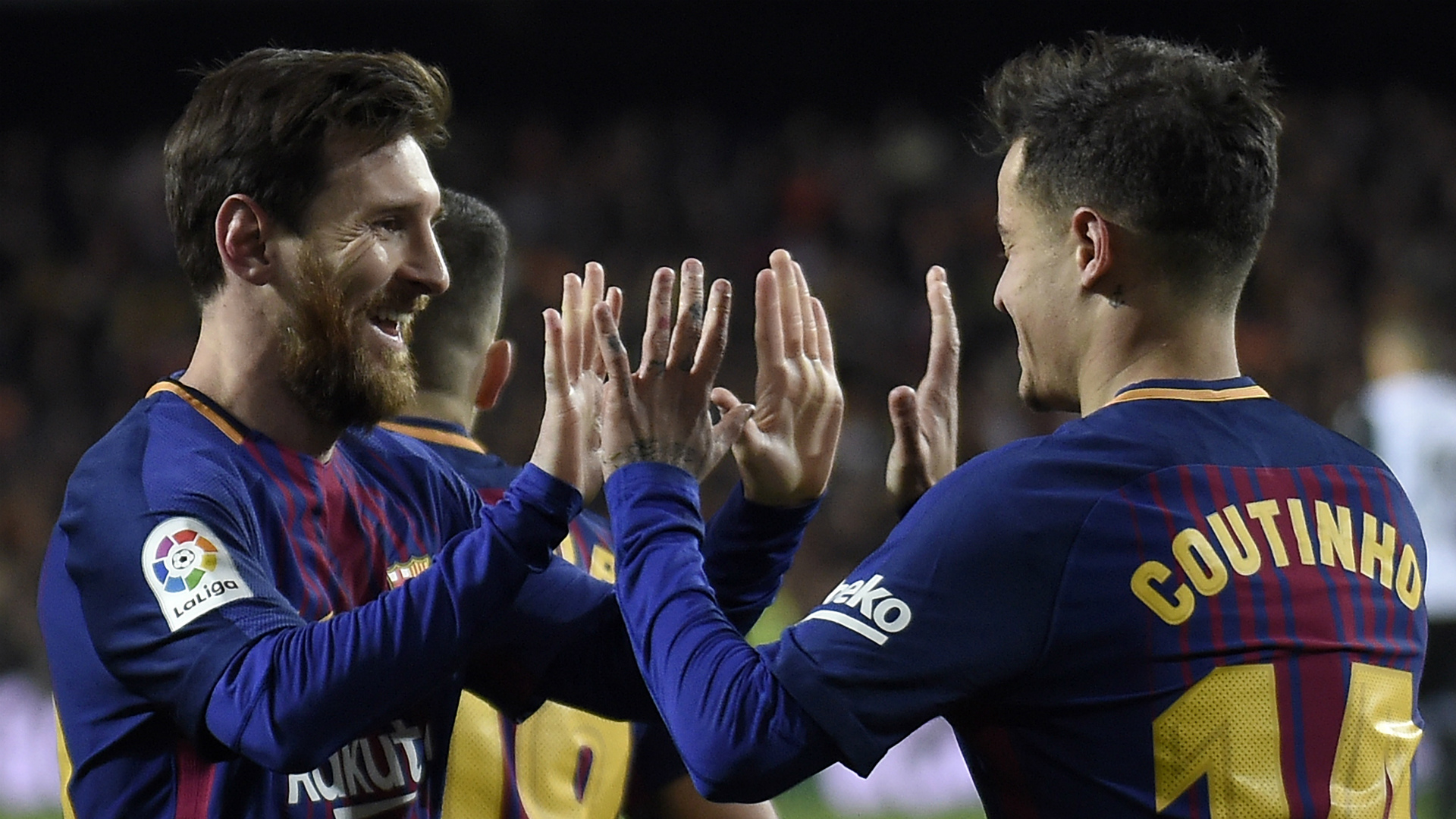 “I have to improve and do well on the field to help the team achieve the things that they hired me for.

“So I am very motivated to train every day to improve and learn so that everything goes well and in the end the titles arrive.”