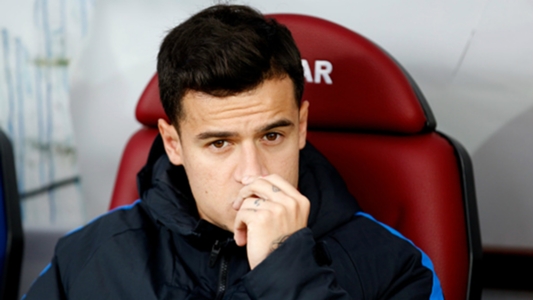 Despite being ineligible for Tuesday’s Champions League showdown with Chelsea following his arrival from fellow last-16 participants Liverpool, Coutinho was dropped for Barca’s 2-0 win .

Coutinho – a €160 million signing last month – started the goalless draw against Getafe but made way for Andres Iniesta as goals from Luis Suarez and Jordi Alba saw Barca equal a club record of 31 games unbeaten in La Liga.

Explaining his decision to drop Coutinho, Valverde told reporters: “I think it was best for my team to try to win.

“It’s true that on Tuesday we have another match but for me the most important thing was this match.

“On Tuesday, let’s see, I know Coutinho cannot play, but we will do something.”