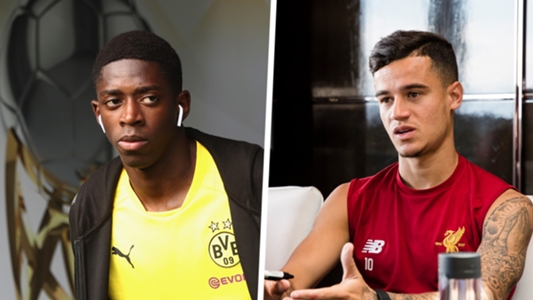 Barcelona are “close” to completing the double signing of Philippe Coutinho and Ousmane Dembele, general manager Pep Segura has claimed.

The Blaugrana have identified Coutinho, 25, and Dembele, 20, as their key targets as they look to fill the void left by Neymar’s world-record €222 million move to Paris Saint-Germain.

Goal reported on Friday that Liverpool are not shifting from their position that Coutinho is not for sale, despite the Brazil international handing in a transfer request.

Liverpool have rejected two bids from Barcelona for Coutinho so far — the last of which totalled €100 million (£91.6m)

However, speaking in the aftermath of the Blaugrana’s 5-1 aggregate defeat against Real Madrid in the Super Cup on Thursday, Segura claimed the star duo are edging closer towards Camp Nou.

Messi only thing between Barca and mediocrity

Speaking to RAC1 after the match, he said: “Coutinho and Dembele are both close. We are hopeful that they will end up wearing the Barca shirt.”

Segura then told TV 3: “Until deals are closed I can’t say anything. We know we have to help the team and reinforce it and that’s what we are doing.”

It was reported in Spanish publication Sport on Monday that Barcelona had agreed a fee to sign Borussia Dortmund and France forward Dembele.

Dembele is currently suspended by Dortmund on the back of the Bundesliga outfit rejecting a bid from Barcelona for his services.