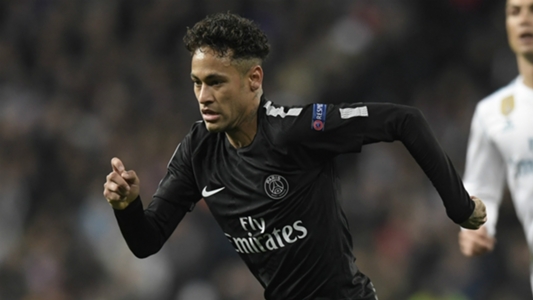 Philippe Coutinho said it would be “awesome” to have Neymar back at Barcelona amid speculation over a possible return to Camp Nou.

Neymar only left Barca for French giants Paris Saint-Germain in August last year – the Brazil star becoming the world’s most expensive player after his €222million release clause was activated.

However, the 26-year-old – who is recovering from a broken foot – has been linked with a sensational move to Spanish and European champions Real Madrid, while rumours of a return to Barca have now emerged.

“I am thinking as Rakitic does, I would like to have here the best players and Neymar is one of them,” said fellow Brazil international Coutinho, who arrived from Liverpool in January.

“I am playing alongside him with Brazil and it’s a privilege. It would be awesome to have him back.”

Neymar, who suffered a cracked metatarsal in PSG’s 3-0 victory over Marseille last month , has scored 28 goals across all competitions this season.

While Barcelona’s stars want to see the 26-year-old back in the side, manager Ernesto Valverde says he does not know anything about reports that Neymar could return .

“I don’t know where that has come from,” Valverde told reporters on Friday. “Let’s not talk about hypothetical situations.”

Barca, meanwhile, are 11 points clear atop the La Liga table after 28 matches but are level at 1-1 heading into the second leg of their Champions League last-16 tie against Chelsea.