This will be common throughout the tournament as some of the world’s best players descend on Brazil to compete for CONMEBOL’s flagship competition.

Chile are defending champions, but face a challenge from tournament hosts Brazil and a Lionel Messi inspired Argentina, who are looking to win a first international trophy with their legendary player, having missed out on this trophy to Chile in the past two competitions.

Here’s a best possible XI from the players on show this summer. 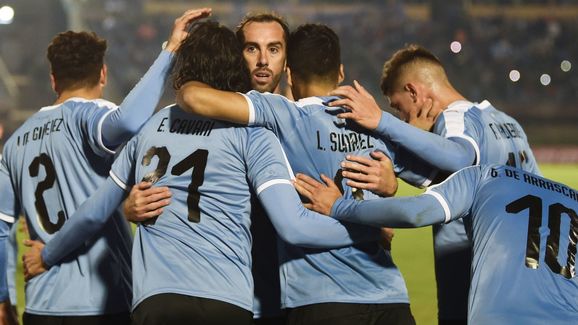 Alisson (GK, Brazil) – Liverpool’s Champions League goalkeeper makes the cut here. There are a few decent keepers at this tournament – not least Alisson’s teammate Ederson – but Brazil’s number one edges the competition out through his combination of incredible shot-stopping ability and eye for the pass.

Dani Alves (RB, Brazil) – Paris Saint-Germain’s 36-year-old right-back was recently handed the captaincy of his country, and with 110 caps behind him, is one of Brazil’s most experienced players. He is third on the list of all-time appearances for the

Nicolás Tagliafico (LB, Argentina) – Tagliafico has had an outstanding domestic campaign with Ajax, helping them reach the Champions League semi-finals. He made his international debut in 2017 but is fast securing his place on the left-hand side of the Argentinian defence. ?Fernandinho (CDM, Brazil) – Anchoring the XI is Manchester City man Fernandinho. Still one of the best defensive midfielders in the world despite his 34 years, he combines experience and energy? to disrupt opposition play and begin his team’s attacks. Without him, City may not have pipped Liverpool to the Premier League title this season.

Arturo Vidal (CM, Chile) – Chilean dynamo Vidal has had a generally impressive campaign for Barcelona, after his signing raised eyebrows, and has filled the void left by the experienced all-action Paulinho. The 32-year-old midfielder is even more important at international level and is one of manager Sergio Aguero (ST, Argentina) – Manchester City front man Aguero is one of the deadliest finishes in world football. Argentina will need him firing on all cylinders if they are to triumph in the tournament and with players like Lo Celso and Messi feeding him the ball, expect Aguero to rack up the goals in Brazil.

Duván Zapata (ST, Colombia) – Zapata’s frankly absurd scoring record this season at loan club Atalanta has forced him into contention for this combined XI. In 37 appearances for