?As the Copa America 2019 enters its final stages, a monumental semi-final match-up awaits. 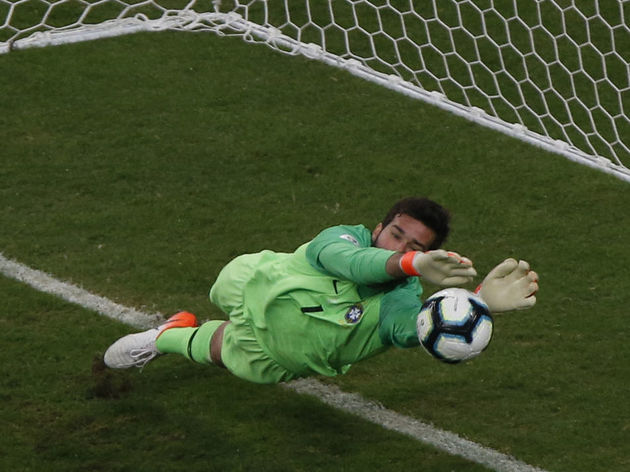 Alisson (GK, Brazil) – The Brazilian had a sensational debut season for ?Liverpool which was topped by winning the ?Champions League last month. He has managed to continue that great form into the Copa America where he is yet to concede a goal for Brazil. The shot-stopper will be hoping that his team can keep the likes of ?Messi and ?Sergio Aguero out and help see Brazil to their first final since 2007.

Dani Alves (RB, Brazil) – Veteran defender ?Alves – who is on the lookout for a new club – has recently taken over the captain’s armband for Brazil. His 110 caps will make him the most experienced players on the pitch. So far he has performed well during the tournament and managed to get on the scoresheet against Peru.

Marquinhos (CB, Brazil) – The Paris Saint-Germain defender has taken his strong partnership with Thiago Silva into the Copa America where the duo have looked formidable at the back. So far, no team they have faced has managed to score.

Thiago Silva (CB, Brazil) –  Thiago Silva has been the heart of the Brazilian defence for many years now. Despite being a veteran at 34, the centre back still oozes class and continues to perform at the highest of levels.

Nicolás Tagliafico (LB, Argentina) – Ajax defender Tagliafico enjoyed a very good season with Ajax, winning the Eredivisie and helping his team reach the semi-finals of the ?Champions League. Despite only making his international debut in 2017, the 26-year-old left back has seemingly made the position his own. 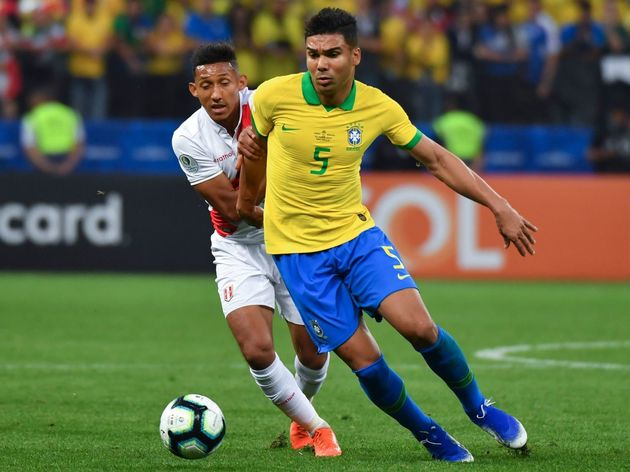 Casemiro (CM, Brazil) – Four-time Champions League winner Casemiro has been considered one of the world’s best defensive midfielders for a few years now.  The Real Madrid man is reliable presence at the heart of the

(CM, Argentina) – While he didn’t make the cut for Russia last summer, Paris Saint-Germain midfielder Leandro Paredes has performed well at the Copa America for Argentina so far, holding down a starting spot in the Argentine midfield for all four games.

Everton (LW, Brazil) – Brazilian midfielder Everton has had a breakout tournament, scoring against Peru and Bolivia. The Gremio star’s performances have even drawn attention from some of Europe’s biggest clubs.

Gabriel Jesus (RW, Brazil) – ?Manchester City’s ?Gabriel Jesus often plays second fiddle to Aguero (who will get the chance to square up against in the semi-final) at club level but has been a regular feature for Brazil this tournament. He has been playing out on the right, in an unnatural position but it has not fazed the 22-year-old.

Lionel Messi (Argentina, AM) – Argentine forward Lionel Messi is one of, if not, the best player on the planet. Despite not being at his best during this year’s Copa America, he has the ability to turn a game on its head in an instant. The forward is a danger from set pieces and always looks a threat when he’s on the ball. Sergio Aguero (Argentina ST) –  One of the best finishers in the game, Aguero had another fine season with ?Manchester City, as they won a domestic treble. The Argentine is yet to register a goal in Brazil but with his natural ability, the hosts’ defence will need to be on top of their game to keep the striker out.