Chelsea are one of several clubs across Europe looking at Celtic right-back Josip Juranovic.

Sky Sports News have been told internal talks have taken place at Stamford Bridge to assess options in that area as they wait for the full extent of Reece James’ injury.

It was revealed last week Barcelona were also interested in signing Juranovic when the January transfer window opens, with one source telling Sky Sports News he is their number one target at right-back.

Other Premier League clubs and Atletico Madrid are also looking at the Croatia international.

Celtic have wanted to keep Juranovic in Glasgow and held talks over an improved new contract. However, neither party could reach an agreement before he departed for the World Cup in Qatar.

The 27-year-old still has more than three-and-a-half years left on his current deal and it’s understood Celtic will look to sit down with Juranovic again when he returns from his post-World Cup break, but the Scottish champions are braced for bids amid interest from the Premier League and clubs in Europe.

Juranovic was given a week off following Croatia’s World Cup campaign and will be assessed for the injury, which kept him out of the third-place play-off win over Morocco.

Celtic have already announced the signing of Canada right-back Alistair Johnston on a five-year deal.

The Hoops paid an initial fee of £3.5m for the CF Montreal defender, who will officially join the club in January.

‘We don’t have an offer for any player’ 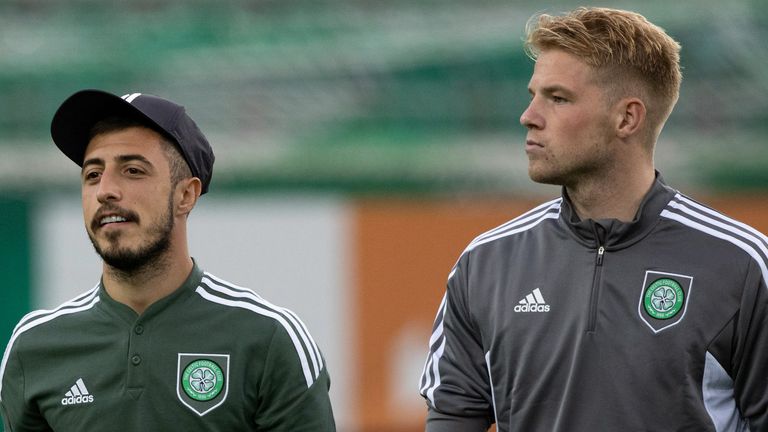 Celtic boss Ange Postecoglou gives the latest on the future of Josip Juranovic and Stephen Welsh who have been linked with moves away from the club.

While Juranovic is in demand and there are suggestions defender Stephen Welsh could also leave in January, Celtic manager Ange Postecoglou insisted last week there have been no approaches for any of his players.

“All this speculation, let me tell you right now; we don’t have an offer for any player,” the Australian said.

“People can talk about offers and clubs wanting them but I can’t spend my time chasing shadows or what’s in the press every morning, because I’d be spending my whole day talking to players.

“As I keep saying to people, what I see is what’s before me every day here at training. If there’s an issue or players have things put in front of them about their future, I’m sure they’ll come and see me and Michael (Nicholson, CEO) will speak to their representatives.

“But right now, there’s nothing. Zero. Zip. Nada. Nothing going on.”

Barcelona president Joan Laporta said last month that the club will still find it difficult to make January signings despite improving the health of their finances.

“We had to make some levers, which were economic operations that saved the club from ruin, and now the club is in economic recovery,” he said.

“But despite that, according to the rules of financial fair play of the Spanish league, we cannot sign.

“Us and some other La Liga clubs are also trying to convince La Liga to be more flexible, and allow us other types of interpretations that can make Barcelona even stronger.”

Our Good Morning Transfers show will be returning to Sky Sports News from Monday January 2, airing Monday to Friday throughout the window, rounding up the latest transfer news with analysis and extended interviews.

Follow every Celtic game in the Scottish Premiership this season with our live blogs on the Sky Sports website and app, and watch match highlights for free.

Get all this and more – including notifications sent straight to your phone – by downloading the Sky Sports app and setting Celtic as your favourite team.