?Barcelona heavily rotated their squad against Celta de Vigo on Saturday and their changed side were unable to boost the club’s title celebrations, suffering a 2-0 defeat at the

The hosts took their time to get a foothold in the match but quickly they were the most dominant side in the game, even though Fran Escribá’s side struggled to really test 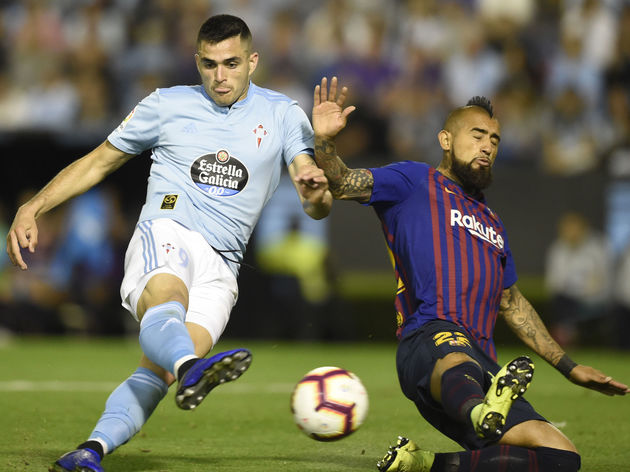 There’s only real one real takeaway for Barcelona fans from this one, and that’s simply who really cares?

The La Liga title is already in the bag, while all their attention is currently on the second leg of their Champions League semi-final clash against Liverpool.

January arrival Jean-Clair Todibo didn’t have a chance to mark his authority on the second half due to an injury, but his first-half performance ensured that Barcelona were in a great position to pick up some points on their travels.

While Samuel Umtiti looked solid throughout the match, it was

– Todibo : reads defensive situations well, focused, composed on the ball. The more I watch him play, the more I like him.
– One caracteristic I like in Aleña & Puig : always quick to counter-press. Zero laziness.
– Arthur doesn’t have the reflexes of a DMF :)#CeltaBarça #HT

Good performance from Todibo. Showed a lot of composure on the ball & pace.

Celta Vigo will be looking to keep themselves above the relegation zone when they travel to face Athletic Bilbao next week, while Barcelona have the second leg of their Champions League semi-final before hosting Getafe in their last home game of the season.