The bookmakers expect Brazil to sweep aside Mexico and secure a spot in the World Cup quarter finals when the pair square off in Samara.

At just 8/15 (1.53) to win in normal time, the Selecao form are unlikely to prove too much of an appealing prospect for punters as a single wager though.

That’s where the dabble of the day market could boost the potential returns for the favourites coming out on top. dabblebet are offering Brazil to win, Coutinho to score anytime, over six Brazil corners and both teams to score in the match at 14/1 (15.0). 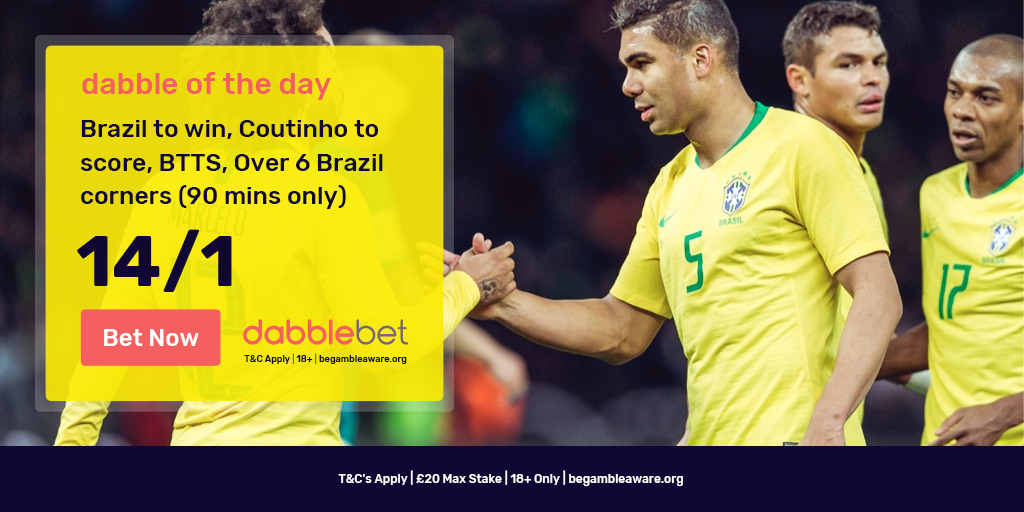 While El Tri have certainly got the attacking weapons to cause Tite’s side some problems and land the both teams to score portion of this wager, their World Cup dreams have ended in defeat the last 16 stage for the past six tournaments.

Hector Moreno will miss the match through suspension and he will be a huge miss for Mexico in defence, adding more weight to the theory that Brazil should enjoy themselves in the final third.

Despite wins over Germany and South Korea, Sweden ruthlessly exposed Mexico’s defence when they were chasing the game and the outright favourites certainly have the attacking options to do likewise.

Lots of the pre-tournament focus was on Neymar but it’s Philippe Coutinho who has been the star of the show. 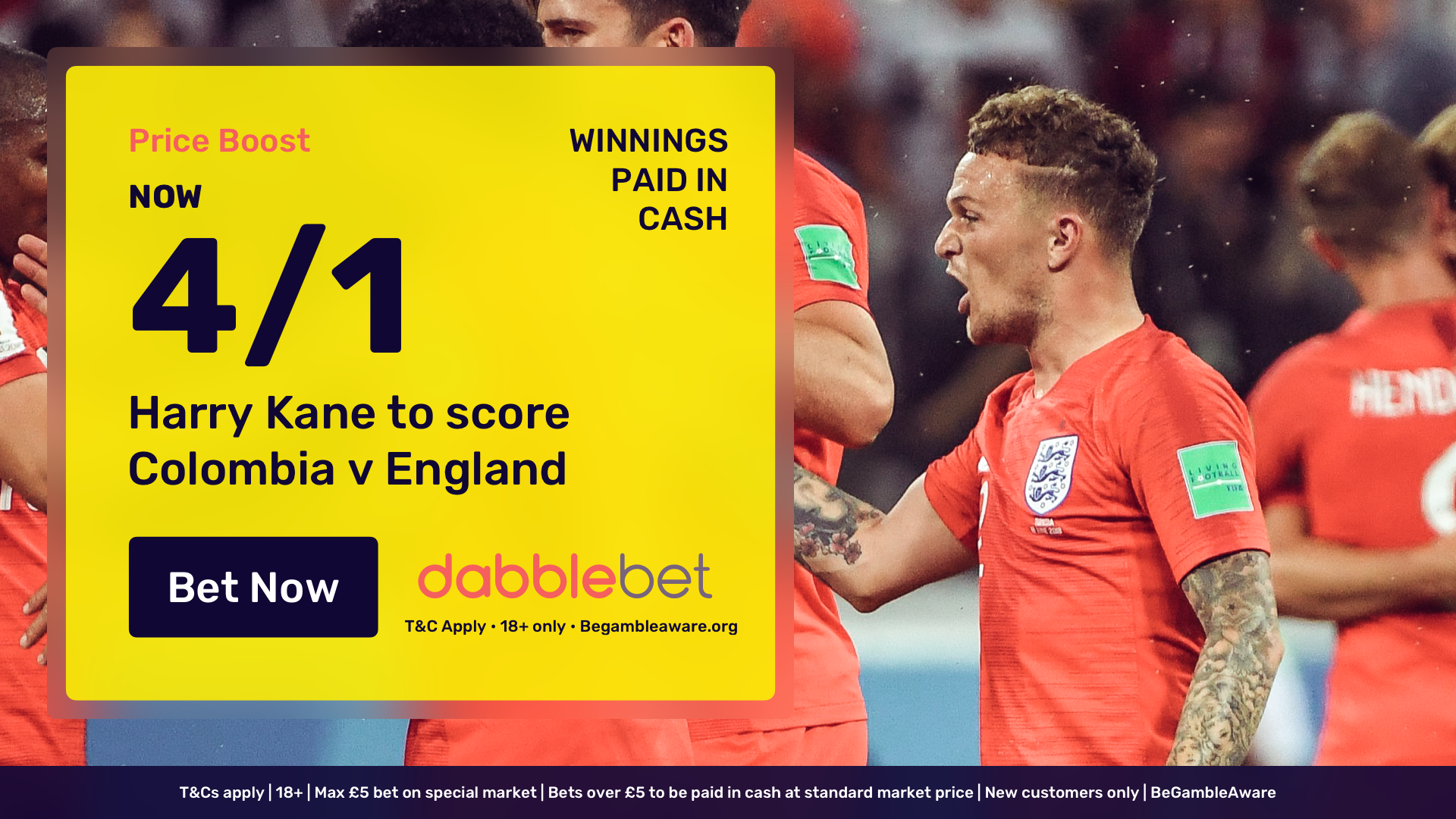 A stunning opening goal against Switzerland plus another against Costa Rica make the 26-year-old a great anytime scorer option. He’s now been on target in three of his previous four outings for the national side.

Finally, Brazil’s corner tallies have been sky high during the World Cup so far and should be again if they dominate the game as expected. They’ve taken 25 in just three matches, covering the line included in this bet on each occasion.

At 14/1 (15.0) this looks a great option for those searching for a longshot selection ahead of Brazil’s clash with Mexico on Monday afternoon in Samara.