?Bayern Munich are set to make an opening bid to steal a march in the race to sign Eintracht Frankfurt striker Luka Jovic – though Barcelona are also keen on the Serbian.

The Bundesliga champions have bounced back from a poor start to the season under Niko Kovac and have regained control of the title race once more ahead of Borussia Dortmund, though the Bavarians disappointingly crashed out of the Champions League to Liverpool.

?Bayern have continued to be dependent on the goals of star striker Robert Lewandowski and, with the Pole set to turn 31 next season, Kovac’s side are set to launch a move for Luka Jovic as his long-term successor, according to ?Mundo Deportivo.

It is believed that the Bavarians are set to launch the biggest transfer campaign in the club’s history this summer, with ?Atletico Madrid defender Lucas Hernandez and Ajax sensation Matthijs de Ligt also targets, whilst a deal has already been sealed for Stuttgart star Benjamin Pavard.

Jovic is said to be among Bayern’s top targets, with an opening bid for the striker apparently imminent. 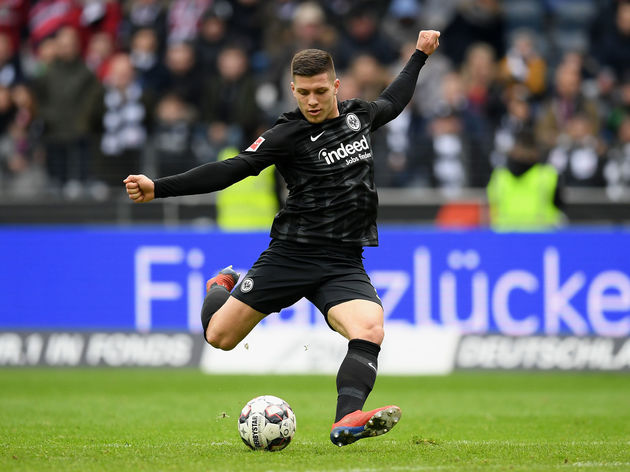 The 21-year-old recently opened the scoring in Serbia’s 1-1 draw with Germany on Wednesday, and Bayern’s opening offer is set to complete a week which has seen the striker’s stock in Europe continue to rise.

It is a potential blow to ?Barcelona, who are said to be Bayern’s main competitors in the race to sign Jovic this summer.

The Catalan giants are widely said to be on the lookout for a long-term replacement for ?Luis Suarez and, although the player is said to favour a move to Catalonia, Barca are yet to make a concrete move for Jovic, and Bayern could seize the initiative in making the first move.