?Bayern Munich are ‘concerned’ about the possibility that star midfielder Thiago Alcantara could rejoin Barcelona, with the player himself ‘welcoming’ a potential return.

Thiago made his debut for La Blaugrana in 2009 at the age of just 18 and went on to make 100 appearances for the club at senior level. However, he left to join Bayern in 2013 as he searched for greater first-team opportunities.

The midfielder has gone on to make 220 appearances in all competitions for the Bundesliga side so far, racking up 31 goals and 37 assists in this time. 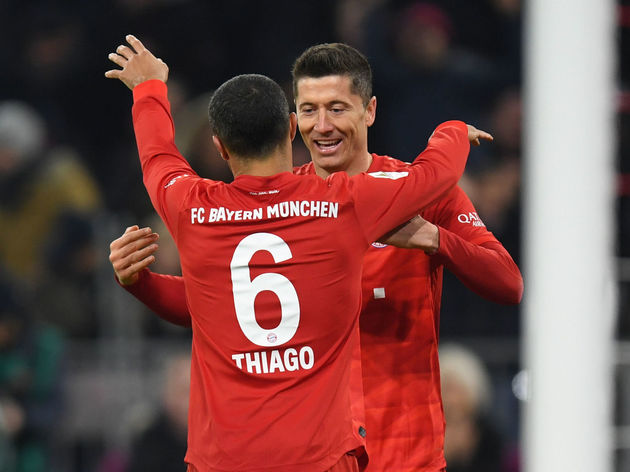 ?SPORT are now reporting that ?Bayern ‘fear’ their star midfielder could return to Barcelona. Thiago’s contract is set to expire in the summer of 2021 and the report claims that the player is in a ‘key period’ to either extend his stay at the Allianz Arena or seek a move elsewhere, potentially back to Camp Nou.

Moreover, SPORT reveal that Die Roten are ‘concerned’ about the possibility that he could return to Barça as they ‘could hardly compete’ with a return to his former club. They note that while there has been talk about Thiago being handed a new contract worth around

The 28-year-old is ‘happy’ at Bayern, but SPORT note that Barcelona is considered ‘home’ for the player and, as a result, the prospect of lining up for the La Liga side would be very attractive. Thiago has been in sensational form recently, having found the net in each of his last three league appearances. Last time out, he scored a sublime goal ?during his side’s 3-1 win over Mainz, dancing through a number of players before cooly slotting home.

While there may be interest from both Barcelona and the player regarding a potential move, it is far from clear where his future lies, with Bayern also keen to tie him down to a new contract.