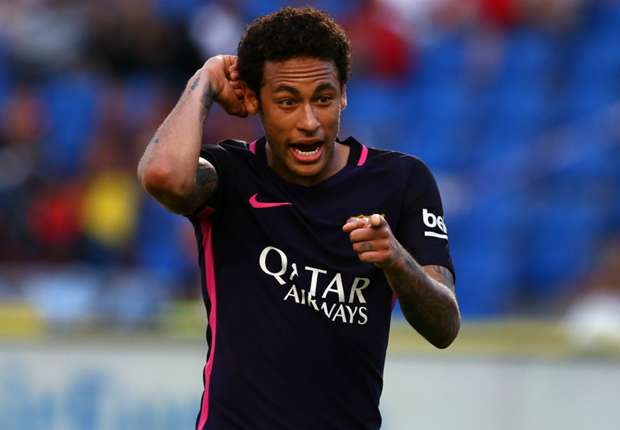 Neymar will not leave Barcelona unless his €222 million release clause is paid, club president Josep Maria Bartomeu has said.

The latest reports in France have claimed that the Brazil star has agreed personal terms with Paris Saint-Germain ahead of a world-record transfer, meaning that a deal could be completed as early as next week.

It has been suggested that PSG will offer Angel Di Maria in a part-exchange deal in order to reduce the cost of bringing Neymar to Parc des Princes, but Bartomeu insists that nothing less than the full buy-out clause stipulated in his contract will be accepted.

“They have to pay the clause, down to the last peseta,” he told ESPN.

“We want Neymar to stay but the clauses are there. If he wants to go, they can pay it and he goes.”

Bartomeu also suggested that PSG could find themselves in danger of flouting UEFA’s Financial Fair Play restrictions if they pursue the transfer.

“UEFA has Fair Play controls and if any club exceeds them, they will be punished,” he said.

Talk in Spain has begun to turn to possible replacements for Neymar at Camp Nou, with Liverpool star Philippe Coutinho among those to be linked.

Barca reportedly began talks with the player in London this week but, although he indicated that they are looking to sign a player who can play in midfield, Bartomeu would not be drawn on the Brazilian.

“He’s a great player but we can’t say anything. You have to be discrete,” he said.

“[Head coach Ernesto Valverde] said a few days ago that he wants a competitive team who understand our needs very well. More players will come. One in the middle, for sure.”