?Barcelona will aim to complete a league and cup double when they face Valencia in the Copa del Rey final on Saturday evening.

have an outstanding record in this competition, their 30 wins being the most in its history, and they could become the first team to win it five times in a row with victory at Estadio Benito Villamarin. Valencia only lost seven games in the league on the way to a fourth placed finish,

Victory on Saturday will give Los Ches their eighth Copa del Rey and their first in 11 years.

Rafinha is a long term absentee for Barcelona, having ruptured his cruciate ?ligament last November.

?Ousmane Dembele, Arthur, Kevin-Prince Boateng and Philippe Coutinho all missed the last La Liga fixture of the season with various injuries but each have a chance of making Saturday’s match.

?Marc-Andre ter Stegen has discomfort in his right knee and has been ruled out, as has Luis Suarez, who is aiming for pre-season to make his return from a torn meniscus.

Marcelino, Garcia Toral is without Lee Kang-in, who has been called up to the South Korea national team, while Ezequiel Garay missed the last match with a hamstring strain and is doubtful for this fixture.

Winger Denis Cheryshev has been out since April, with a stretched ligament, and will not be fit until next month.

Both games in the regular season were drawn. ?Barcelona were 2-0 down but fired back to gain a point when these two met at Camp Nou

In total, Barcelona have 32 victories over Els Taronges, they have lost to them 14 times and they have shared the spoils on 18 occasions.

The La Liga champions are on a decent run at the moment, minus their capitulation against Liverpool ?in the semi final of the Champions League. 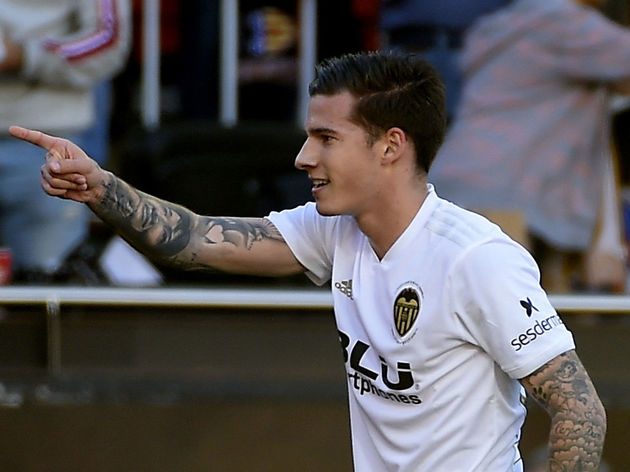 They won the title a month ago and ended up finishing 11 points ahead of Atletico Madrid, but have taken their foot off the gas since securing ?La Liga for the 26th time.

They may have fallen short in Europe but Barcelona are formidable when it comes to domestic matters, and they are strong favorites to lift the Copa del Rey trophy. However, they have found Valencia difficult opponents recently.

If they want to win, Valencia must shackle Lionel Messi and take their chances when they arrive – This will be a tight contest, Barcelona should have enough to edge it and end the season on a high.