?Hola Spanish football friends! If there’s one thing that gets the pulse racing before a huge La Liga clash, it’s a selection of carefully chosen mouth-watering statistics to bury your head in.

Barcelona and Sevilla are both sitting on 13 points after seven matches, and the two sides go mano-a-mano on Sunday evening in a massive Camp Nou battle. Ernesto Valverde’s side come into this game off the back of a hard-fought Champions League victory over Italian side ?Inter, whilst Sevilla defeated APOEL 1-0 in their Europa League commitments.

Both teams have proved to be a little hit and miss during their domestic duties, and they’ll be desperate to get one over their rivals on Sunday evening.

So whilst you’re enjoying a pint of Estrella and tucking into some pre-match tapas, have a look at our pre-match stats brought to you by the wonderful ?Opta, so you can impress your amigos before the big kick-off.

Yeah, this fixture doesn’t bode well for Sevilla supporters really. As far as head-to-head records go, the Andalusian side 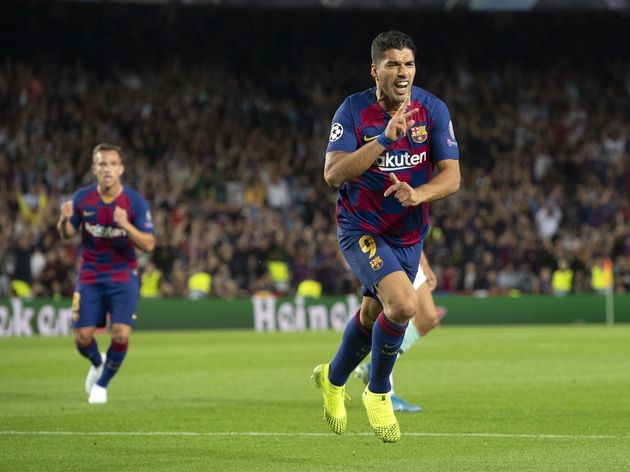 ?Barcelona have defeated Sevilla 82 times in La Liga history, more than any other team has beaten them in the competition.

The away side’s poor record against Lionel Messi’s men extends to the recent past too, where Could it be two in 25 after Sunday evening? (I doubt it).

To magnify that horrific stat slightly more, Sevilla have not won any of their last 16 La Liga trips to Camp Nou (D2 L14), conceding 44 goals in total (2.8 per game).

Home Is Where the Three Points Are

consolation to Sevilla fans, it’s not just their team that has nightmares of Camp Nou.

Oh man, if there’s one person who you don’t want to take a shine to your team, it’s ?Leo Messi. The man toys with every side he faces, but earning the title as Messi’s favourite opposition – well, you might as well stay at home and avoid the humiliation. ?

Barcelona’s Messi has scored 36 goals against Sevilla in all competitions, his favourite opponent. 21 of those 36 goals have been scored at Camp Nou.

? Messi will present the FIFA’s The Best 2019′ award with the fans before Sunday’s game against Sevilla. Messi is set to make his 3rd start of the season in the game #fcblive [sport] pic.twitter.com/SSkdwqEry4

Close your eyes and hope for the best Sevilla fans.

Griezy Does it for Antoine

Messi is not the only Barça star who has a jolly old time against their upcoming opponents, as new signing Julen If Messi don’t get ya, Griezmann will. Sevilla do possess a secret weapon in the form of forward Munir El Haddadi, who has scored in two of his three games against Barcelona in La Liga, doing so with Valencia in the 2016/17 season. The ex-Barcelona man has been a thorn in the side of his former club in recent times, and Lopetegui will unleash their goalscoring beast as they attempt to topple the Catalan giants for the first time in a long time. A glimmer of hope for Sevilla?