After their excursions in the Champions League, Ernesto Valverde’s men were presented with an extended break ahead of Tuesday’s visit of Real Valladolid, after the postponement of El Clasico over the weekend.

Barcelona could find themselves in second ahead of the midweek La Liga clash due to that postponement, but will be confident and wrestling back top spot as they host a side who have claimed only three wins from their opening ten league fixtures.

After an early season blip the tides have turned in Catalonia, with La Blaugrana rediscovering their goalscoring touch and performing well in Europe, after their narrow win over Slavia Prague last time out.

Victory against the northwestern side would be their seventh straight victory in all competitions, with the return of ?Lionel Messi to the side and imperious form of Frenkie de Jong sparking a revival that ?righted the wrongs of earlier this campaign.

Defensive duo Sergi Roberto and Samuel Umtiti remain sidelined with ligament and knee problems respectively, and are unlikely to be deemed fit enough for the midweek fixture. ?Ousmane Dembele received a red card in his most recent La Liga outing so will be forced to watch from the sidelines on Tuesday, while 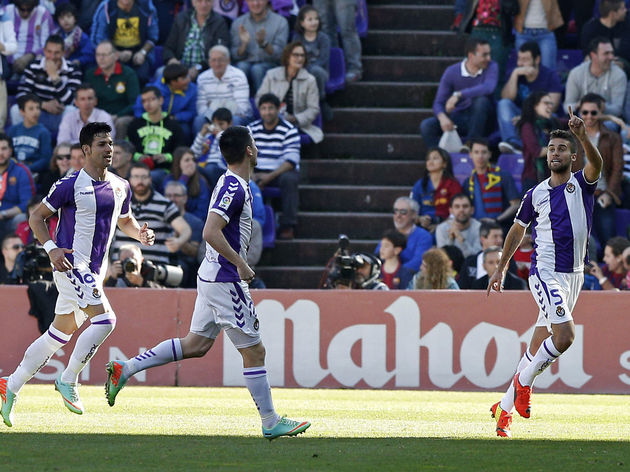 As previously mentioned, Barcelona are on a hot run of form at present after emerging victorious from each of their last six matches in all competitions. Furthermore,

Here’s how both teams fared in their last five fixtures:

As well as Valladolid have been playing in recent weeks, simply no amount of confidence alone will secure you three points a?t Camp Nou.

Coupled with that, you also need superb quality, plenty of luck and experience to boot, something the visitors don’t have. Granted, they will put up a fight, that is something their confidence will help them with, but coming up against a Barcelona side who’ve won six on the bounce all-but ends such aspirations.

Furthermore, having played on Saturday they won’t be as rested as