?Barcelona play Napoli for the second time in three days on Saturday as the two sides face off in the United States at the Michigan Stadium.

With La Liga starting a week later than the Premier League, and the Serie A a week after that, both clubs still have time to put the finishing touches to their pre-season campaigns.

Both Ernesto Valverde and Carlo Ancelotti will be looking at fitness levels and performances as they piece together who will be in their plans for the upcoming season. Take a look at 90min‘s preview for Saturday’s friendly below.

The big news for Barcelona is the ?injury to Lionel Messi. The Argentinian suffered a calf strain in training and hasn’t travelled to North America with the rest of the squad.

?Although those watching the match in America won’t get to see Messi, new signings Antoine Greizmann and Frenkie de Jong both featured in the first match against Napoli and will be expected to play again on Saturday. As for the side from Naples, Piotr Zielinski has returned in time after having the flu. Kalidou Koulibaly may also play on his return from an extended break. The Senegalese centre-back reached the Africa Cup of Nations final in July, but will now need to turn his focus to regaining his fitness levels for the upcoming season.

The two clubs had only met a couple of times before Wednesday night’s match. Back in 2011, it was the Catalan giants who emerged victorious as a Cesc Fabregas opener and Messi brace saw Gli Azzurri defeated 5-0. 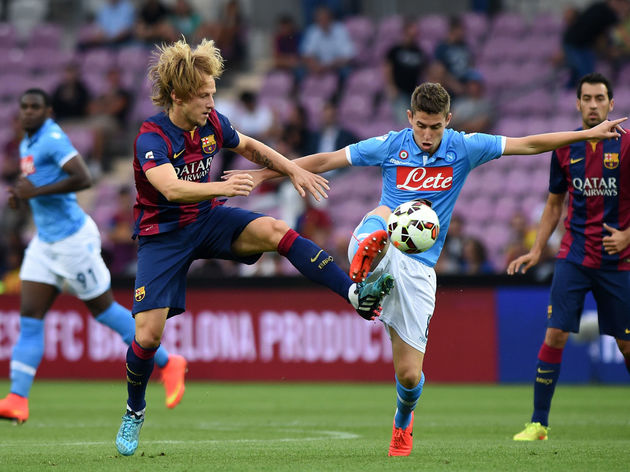 It was Valverde’s side who ran out victorious in the first leg of their US tour. Sergio Busquets put the Spanish side ahead, before a Samuel Umtiti own goal levelled things up. However, a late Ivan Rakitic goal sealed victory for Barça – with the two teams now set to go head-to-head once more.

It’s still early days in the season for Valverde and those at Camp Nou. Before their trip to America, they had played only three times this summer – getting off to a rocky start with a 2-1 loss to Frank Lampard’s ?Chelsea.

However, after that they seem to have settled into the Barcelona we all know. A 2-0 win against Vissel Kobe was followed by a 2-1 victory over ?Arsenal, courtesy of a 90th minute goal from Luis Suarez.

Barça will be focused on making sure their new signings can settle in and the squad can gel before their La Liga opener against Athletic, and judging by the 2-1 win over Napoli in Miami, they look more than ready. 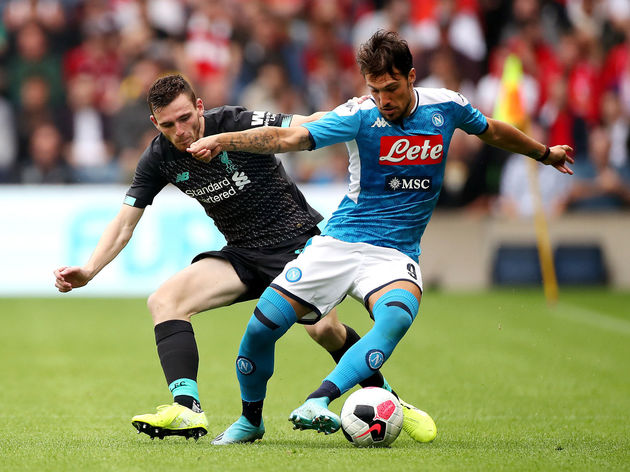 Napoli will be the fitter of the two sides as they have already played five matches over the summer. Dries Mertens, Lorenzo Insigne, and ?Napoli have been impressive in pre-season, and with the introduction of Kostas Manolas alongside Koulibaly in defence, the Neapolitans look like they could be exceptionally strong defensively.

However, it seems like ??Barça are also beginning to click. ?Messi will be missed but their front line hardly looks weak. It will be interesting to see how Griezmann fits next to Luis Suarez and if it is possible to play Sergio Busquets and de Jong next to each other.