?Manchester United will travel to the Camp Nou on Tuesday to face Barcelona in the second leg of their Champions League quarter-final.

An own goal from Luke Shaw gifted Ernesto Valverde’s side a vital away goal coming into this game, meaning United have to score on Tuesday if they are to have any chance of survival. 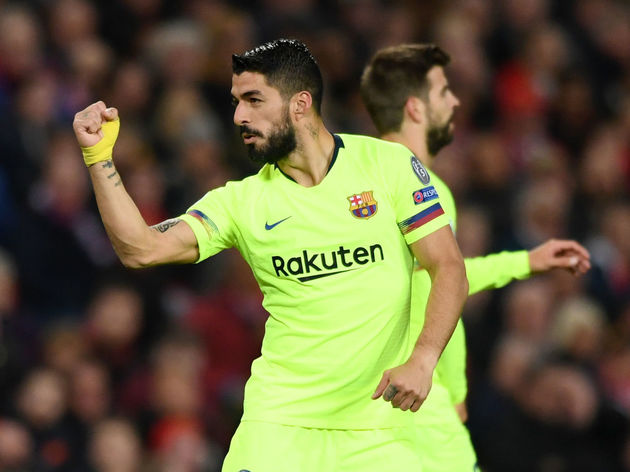 Barcelona rested almost all of their star players in Saturday’s goalless draw with Huesca, meaning they will be up for the challenge. With the La Liga title almost wrapped up, the Champions League has become their priority, and they will do all they can to win it.

?Barcelona paid the price for fielding a heavily rotated side in Saturday’s draw with minnows Huesca. Only ?Marc-Andre ter Stegen kept his place from Wednesday’s game, whilst Philippe Coutinho, Arthur and Jordi Alba were all second-half substitutes.

The result may have been frustrating, but the Blaugrana took a major positive from the game as ?Ousmane Dembele managed 67 minutes of action on his return from a thigh injury, and now could be set to feature against ?United. As for United, they will certainly be without ?Shaw, who is suspended after picking up his third yellow card of the competition in the first leg. However, they will hope to welcome back ?Nemanja Matic, ?Alexis Sanchez and ?Ander Herrera, who have all struggled with injury in recent weeks.

Barcelona may not have been at their best in the first leg, but they still picked up a vital 1-0 win to give them a potentially decisive advantage heading into the second tie. United need to score at the Camp Nou, something they have only managed once in the past. ?Back in 1998, the two sides played out a dramatic 3-3 draw in Spain, but Barcelona have a good track record when it comes to shutting out the Red Devils. On home soil, Barcelona have kept three clean sheets from four games against United, and they will be keen to add one more to that tally on Tuesday.

The ?La Liga giants have tasted defeat just once in 2019, although any momentum they built up from important wins against both United and ?Atletico Madrid may have been halted as a second-string Barcelona side were held by the division’s bottom side, Huesca. As for United, they bounced back from defeat in the first leg with a 2-1 win over ?West Ham United on Saturday, but they certainly relied on good fortune to emerge unscathed. Ole Gunnar Solskjaer won’t care, as the win brought an end to their two-game losing streak.

Here’s how the two sides have performed in their last five fixtures:

United need a goal, so they have to go for this. The likes of ?Paul Pogba, ?Marcus Rashford and ?Romelu Lukaku need to be at their best for Solskjaer’s men to get the win here, and we have seen just how prolific they can be when United are on top form.

Unfortunately, they haven’t been on top form for weeks. Since that? first defeat to ?Wolverhampton Wanderers, United have looked lethargic, and the good results have been scarce. They were fortunate to beat West Ham, but coming out on top against Barcelona is another test. Valverde’s side have looked dominant all season, and his key players will all be well-rested, meaning they should be ready to perform on Tuesday. They have lost just once at the Camp Nou this season, and they won’t want a second defeat on their hands.