Expectations at Camp Nou are always high, but some have never looked capable of getting to grips with things from the moment they arrived. When you’re signed for around €142m, you’re supposed to deliver time and time again. Unfortunately for Philippe Coutinho, that just didn’t happen following his move from ?Liverpool in 2018.

The Brazilian instantly looked a shadow of his former self at Camp Nou, and regularly attracted the criticism of fans who felt he was only getting into the team because of his high price tag.

He managed 21 goals in 76 appearances, before being offloaded to ?Bayern Munich on loan with a view to a permanent move. Nothing about Alex Song’s £15m move from ?Arsenal to ?Barcelona made sense in 2012, and it makes even less sense looking back on it today.

?Signed as a versatile midfielder who could fill in at centre-back, it quickly became apparent that Song wasn’t good enough in either position, and his lack of mobility and vision often dragged the rest of his teammates down as well.

Unfortunately, he is remembered more for a video of Barcelona’s 2013 ?La Liga triumph, in which he thought he had been specifically chosen by captain Carles Puyol to lift the trophy, only to be brutally dismissed in favour of the legendary Eric Abidal. Ouch. Emmanuel Petit spent three impressive years with Arsenal, so it was no surprise to see him make a £7m switch to Barcelona in 2000. However, what happened next certainly was surprising.

Manager Lorenzo Serra Ferrer seemingly felt that the midfielder was actually better suited to play in defence, which was just painfully wrong. Understandably, Petit looked out of his depth at the back, and a string of debilitating injuries only made things worse.

He was quickly shipped off to ?Chelsea after just one season, allowing everyone to move on from this nightmare as quickly as possible. ? What is it about Arsenal players that just doesn’t work for Barcelona?? The next unlucky man was Alexander Hleb, who sealed a €17m move to the club in 2008. With a €90m buyout clause in his contract, Barcelona expected big things of Hleb.

The winger simply couldn’t get into the team, and was bitterly disappointing on the rare occasions that he did. He was part of their treble-winning season, but could have hardly played a smaller role if he tried.

He began openly flirting with Bayern Munich, before being loaned out to Stuttgart, ?Birmingham City and Wolfsburg. When none of them wanted him permanently, Barcelona decided to cancel his contract in 2012. Back in 2010, there were few young wingers who could generate excitement quite like Ibrahim Afellay. Almost certainly destined for greatness, the Dutchman sealed a €3m move to Barcelona, but that’s about as good as it got for him.

For reasons unknown, Afellay simply couldn’t force his way into the Barcelona side, and a number of injuries – including a serious ACL tear – prevented him from building up any momentum.

Loans with ?Schalke and Olympiacos followed, but Barcelona had already seen enough of Afellay. They released him in 2015, allowing him to seal a move to ?Stoke City – a real fall from grace. Arda Turan’s €34m move from ?Atletico Madrid in 2015 could have hardly got off to a worse start. The Blaugrana were in the midst of a transfer ban, so Turan was not allowed to play for the club until January 2016.

Was he worth the wait? Not exactly. He was billed as the replacement for a declining Andres Iniesta, but the Spaniard decided he wasn’t ready to lie down just yet and actually outperformed Turan with ease. Imagine being replaced by the player you’re supposed to be replacing in the first place.

He’s still on the books at Camp Nou, but is out on a long-term loan with Istanbul Basaksehir, where he made his name by pushing an assistant referee and being hit with a huge ban. Something tells me his time at Barcelona is probably over.? After realising Turan was not the man to replace Iniesta, Barcelona turned to Valencia playmaker ?Andre Gomes, shelling out around €35m to bring him to Camp Nou in 2016.

Yet again, it didn’t work out for the Portugal international, who was voted by ?Marca readers as the worst signing of the season.? In Gomes’ defence, he didn’t get too much time to prove himself, and he was even used as a right-back on occasion.

He managed two seasons at the club, before joining ?Everton on loan in the summer of 2018. He looked a completely different player at Goodison Park, and was recently rewarded with a permanent move. Almost instantly, Ibrahimovic looked like an awkward fit in Guardiola’s side. He wasn’t mobile enough, and the emergence of ?Lionel Messi as a central striker saw Ibrahimovic regularly dropped from the team, which didn’t sit well with him.

A memorable bust-up with Guardiola followed, before Ibrahimovic was ultimately sent out on loan to ?AC Milan after just one year. 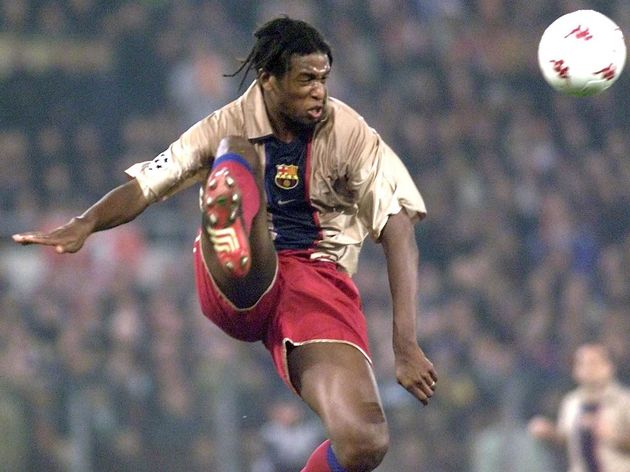 During his time with Monaco, young centre-back Philippe Christanval played like one of the most exciting youngsters around. Barcelona liked what they saw, and struck a £6.5m deal to sign him in 2001.

On the flight over, it seemed like Christianval lost his consistency, and he looked nothing like the promising youngster who had broken through at Monaco. He looked awkward on the ball, found himself out of position far too often, and just looked out of his depth.

He was released just two years later, before failing a trial with Arsenal in 2005. A move to ?Fulham followed, but life wasn’t much better for him there, and he retired in 2009 after failing to find a new club.