?Barcelona are interested in the services of Rodrigo Caio and Everton, after watching them face off in the Copa Libertadores semi-final.

The Libertadores is the biggest club competition in South America, equivalent to the Champions League in Europe. It is no wonder that officials of the biggest clubs in the world have travelled to scout potential talent, considering the intensity and quality of the matches. 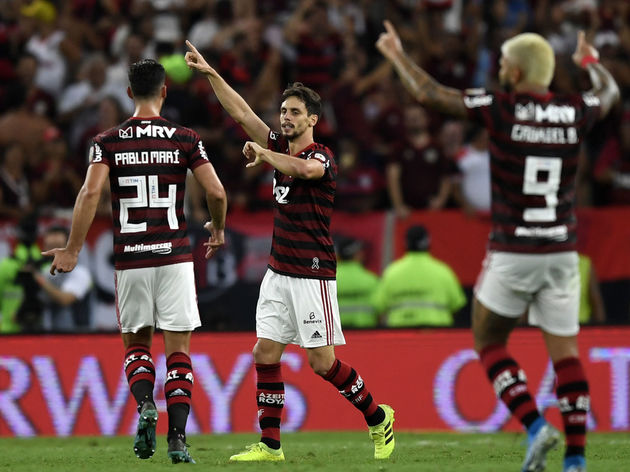 One matchup that caught the eye was the all-Brazilian semi final between Flamengo and Gremio. The hosts top the Brazilian Serie A, but Gremio held them to a 1-1 draw in the first leg only to be blown away 5-0 in the second leg; with Barcelona target Caio on the scoresheet.

Mundo Deportivo report that Ramon Planes, the technical secretary of Barcelona, was the member of staff who travelled to South America and scouted the two potential signings.

Caio, a central defender, was close to signing for Barcelona last winter, even going for a medical with the Catalan giants, but the La Liga leaders opted to loan Jeison Murillo from Valencia instead. However, with Gerard Pique growing older, and Barcelona short for options at centre-back, Caio could yet make the move. The other player on Barcelona’s radar, Everton, has made a name for himself in Brazil with his technical ability; making a number of appearances for the Seleção, including in the summer’s Copa America, where he finished as the joint top goalscorer.

Barça’s wide attacking positions are up for grabs at the moment, with Ousmane Dembele still yet to fully earn Ernesto Valverde’s trust, Antoine Griezmann preferring to play a more central role, Lionel Messi drifting in from the right and youngster Ansu Fati still…well, young.