West Ham have seen an initial £18m bid for Barcelona midfielder Andre Gomes turned down by the Catalan giants.

The 25-year-old spent last season on loan at Goodison Park, representing Marco Silva’s Everton 27 times in the Premier League, impressing with his touch and ability to dictate proceedings from the middle of the park.

Early on Sunday morning, The Times reported that Manuel Pellegrini’s West Ham had made the first move to sign him on a permanent basis, lodging an £18m bid for his services.

That bid would appear to have been down, though, with Sky Sports? reporting that Barça have rebuffed the Hammers advances to bolster their creative midfield options for next season.

Barça are thought to value Gomes at around twice that amount, having cost an initial €35m plus €20m in performance related add-ons when he joined in 2016. He still has two years remaining on his deal at Camp Nou, but it’s likely a sale will be sanctioned if their asking price is met. 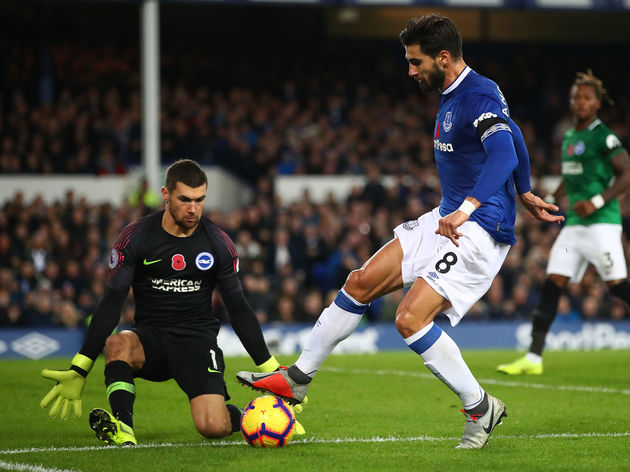 The Hammers have already made a series of enquiries for Gomes, but this bid is their first significant move to ward off interest from rivals Tottenham, and Everton – who are keen to make Gomes’ stay on Merseyside a permanent one.

When asked about the Portuguese midfielder earlier this season, Everton boss Silva said: “We have to do everything to sign” [Gomes]. I know all the rumours around, but the most important thing is what comes from Andre and what comes from our club, our board, is also important.

“He didn’t have nothing new for me to say now. I am 100 per cent sure when something is decided in his mind I will be one of the first people to know and this is the most important thing.”

I’d happily break the bank for Andre Gomes. He’s a top, top midfielder and would slot into our team with ease.

I still remember him absolutely bossing us at the London Stadium. #WHUFC #COYI

?Tottenham have also long shown an interest in the Portuguese, with the need for a player of Gomes’ ilk being all the more necessary following Mousa Dembele’s departure in January.