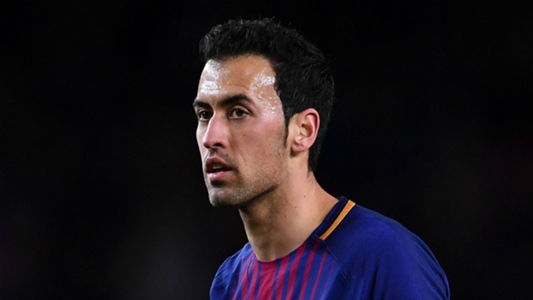 Sergio Busquets suggested Espanyol’s celebrations at the end of their Copa del Rey first-leg quarter-final victory over Barcelona was motivation for his side to turn the tie around.

Luis Suarez and Lionel Messi struck first-half goals as Barcelona progressed to the semi-finals 2-1 on aggregate, moving into the last four for the eighth season in a row, the club’s longest run in the competition reaching this stage.

Oscar Melendo had struck late in the opening leg to give Espanyol victory over their Catalan rivals, but Barca came from behind to keep on track for a fourth successive Copa del Rey title.

“Even if there are favourites, we have to prove it,” Busquets said. “Yes, we were better in the tie, more than the scoreboard reflects.

“In Cornella it was a more insane game, they celebrated in Cornella as if they had passed the round, but the tie lasts 180 minutes and we put things in their place.”

Philippe Coutinho came off the bench to make his Barcelona debut to cap an ideal night for Ernesto Valverde’s men, who remain on track to win the treble.

With Real Madrid and Atletico Madrid both exiting the Copa del Rey in the quarter-finals, losing to Leganes and Sevilla respectively, Busquets highlighted that the Copa remains towards the top of the agenda for Barca.

“The truth is that this is a tournament that we have won a lot in recent years,” Busquets added.

“It is clear that there are priorities in the season, but the Copa is very important for us.

“We are in a privileged position in LaLiga [11 points clear of nearest rivals Atletico], in the Copa we are there.

“We are going to go step by step, which is what has allowed us to be where we are, I hope that in the end we will be fighting for all.”

Into the last – we’ll learn our semi-final opponents tomorrow!
#CopaBarçapic.twitter.com/IXZVizH3UL

Barca were angered by some of the challenges made by Espanyol players on Messi in the closing stages and Gerard Pique criticised referee Antonio Miguel Mateu Lahoz.

“He has a way of refereeing that does not please any team and that usually happens,” Pique said.

“I would not give him more attention, we do not win anything talking about him.”