?Barcelona are preparing to offer Matthijs de Ligt a contract until 2024 as the Blaugrana step up their efforts to secure the Ajax sensation’s signature this summer.

De Ligt has emerged as one of the hottest young properties in European football this season and is widely reported to have a host of top sides around the continent chasing his services, with Barcelona high among other potential suitors that include Juventus and Bayern Munich.

However, the La Liga champions have seemingly emerged as the front-runners to sign the Dutchman. According to Spanish publication ?AS, ?Barcelona have already started to draw up contract details in a bid to secure their man, and will offer De Ligt a deal until 2024.

It is said that Barcelona chiefs are preparing to present their offer to De Ligt’s agent, Mino Raiola, ‘shortly’, and De Ligt has already given his preliminary agreement to the five-year deal, which is apparently of similar parameters to that signed by Ajax teammate Frenkie de Jong.

De Jong has already sealed a £65m deal which will see him complete a move from Amsterdam to Camp Nou at the end of the season, and now looks increasingly likely to be followed to Catalonia by his Ajax teammate. 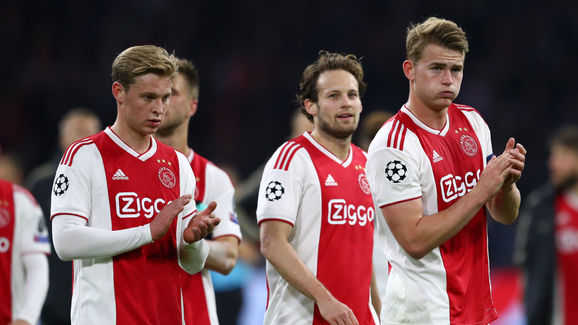 Barça have apparently made it clear to De Ligt that they view him as an important signing for their long-term plans, and the contract on offer to the defender promises further performance-based financial bonuses.

Once Barcelona have formal agreements on the contract from both De Ligt and Raiola, the club will then enter negotiations with Ajax which, assuming they already have a deal with the player, would seemingly be relatively straightforward.

It is claimed that contact channels between Barcelona and Ajax have remained open since the De Jong deal was agreed, and the Blaugrana have already indicated their will to lure De Ligt to Camp Nou.

Barcelona will hope that an offer of