Barcelona are always busy in the transfer market, but it is believed that they’re planning for a quiet January transfer window. Well, at least in terms of arrivals.

There are ?five first-team players who are thought to be nearing the exit door at Camp Nou, with Barcelona eager to raise money to appease Financial Fair Play. So for those five, what’s next? ?Ivan Rakitic was one of those who was heavily linked with a move away from the club during the summer. There was plenty of interest, but the midfielder remained at Camp Nou.

However, ?Barcelona will again try to part ways with him in January, and don’t be surprised to see those suitors reignite their interest. Rakitic is still a fantastic creator, so a move to a top league is surely on the cards.

There has been plenty of interest in the Croatian from ?Premier League sides like ?Manchester United and ?Everton, and a move to the latter could make plenty of sense. Marco Silva’s side have been uninspiring in attack, and someone like Rakitic could be the answer. The problem for Rakitic? Going from back-to-back La Liga titles and Champions League football to…well, Everton. 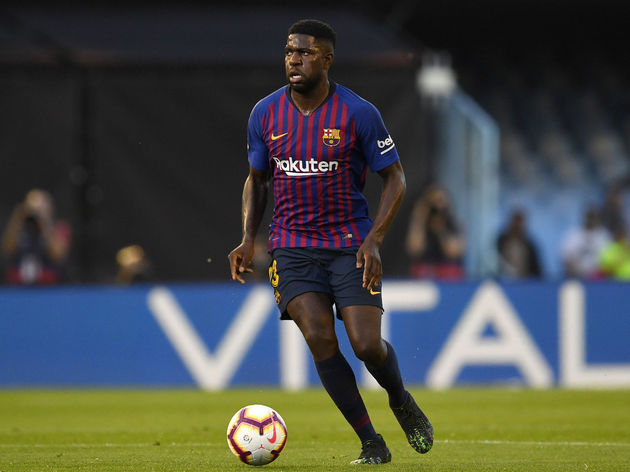 You get the feeling that Samuel Umtiti could play for pretty much any team he wanted, but many have now been scared off by his injury struggles – including Barcelona.

The Frenchman has struggled greatly with injury in recent years, but both United and ?Arsenal are believed to still be keen. However, after spending so heavily on ?Harry Maguire, you get the feeling that United are out of this race.

That leaves Arsenal, who are desperately looking for some defensive reinforcements after their error-stricken start to the season. Bringing in ?David Luiz hasn’t helped, so Arsenal may be forced to get their chequebook out in January.? ?Arturo? Vidal is easily one of the most popular figures at Camp Nou, but that means nothing when it comes to game time. The Chilean is well down in the pecking order, and he certainly appears to be the most expendable of the midfield group.

In terms of potential destinations, most clubs in Europe would be willing to offer Vidal an escape route, but one suitor makes perfect sense, and that’s ?Inter.

The love affair between Vidal and Inter manager Antonio Conte is well documented, and it was under the Italian that Vidal established himself as a household name. The pair would likely leap at the chance to work with one another, so this problem should be fairly easy to resolve. Perhaps the most intriguing of the bunch is Carles Alena. Still only 21 years old, the midfielder is lost in purgatory between reserve and senior football, and his situation doesn’t look like changing any time soon.

You can guarantee that there will be no shortage of suitors for Alena, who has long been viewed as one of Europe’s most exciting youngsters. A step down may be a necessity for Alena, but mid-table sides in any league in the world will almost certainly be keen.

Don’t be surprised if a bigger side takes a chance on Alena, because the potential has always been there.? And of course…loan moves exist. Finally, 20-year-old defender Moussa Wague may also find himself on the lookout for a new club. However, with barely any first-team experience under his belt, he may find it hard to find a buyer.

To be part of Barcelona’s senior squad is proof of his ability, and that will appeal to plenty of? La Liga sides. He has knowledge of how football works in Spain, and still has the potential to get better.

There could still be interest from overseas, but it would not come as a surprise to see Wague push to remain in La Liga.?