?With Barcelona on the lookout for attacking reinforcements this summer, a report in Spain has suggested that they have contacted Manchester United over a €100m deal for young striker Marcus Rashford.

Plenty of names have found themselves linked with the Blaugrana, who are desperate to find a new striker who can rotate with Luis Suarez. Rashford is thought to have been on their radar for a while, and this latest report suggests they may have now made their move. 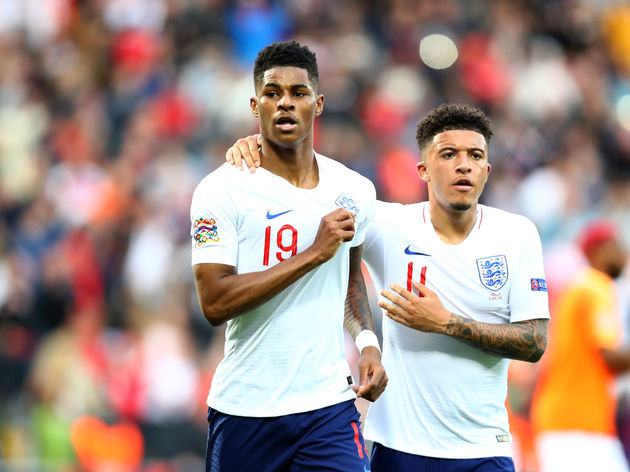 News of the potential deal comes from ?Sport, who state that ?Barcelona, after identifying ?Rashford as the perfect solution to their problem, have now opened negotiations with ?United to try sign the 21-year-old, who is valued at around €100m.

Rashford’s contract expires in the summer of 2020, and he is yet to ink fresh terms to extend his stay at Old Trafford. The Red Devils have the option to automatically extend his deal by a further year, just as they did with goalkeeper ?David de Gea, although they could still be forced to sell, rather than risk losing him for free at the end of his contract.

De Gea has been the subject of intense speculation this summer, amid reports that he could be sold to the likes of ?Juventus or Paris Saint-Germain before he enters the final 12 months of his deal, and Rashford could find himself in a similar situation. He has rejected United’s offer of a new five-year deal, and Barcelona feel as though this could force United’s hand this summer.

Ernesto Valverde is thought to be a huge fan of Rashford’s versatility, knowing that the Englishman could make an impact on either wing or even as a central striker. However, United obviously feel the same, and they would be incredibly reluctant to part ways with one of their finest academy graduates in recent years.

Given the Red Devils’ financial power, they do not need to sell any players to raise transfer funds, although the fear of missing out on around €100m could tempt them to sell Rashford this summer.

Next season we need to get back to how @ManUtd play, for me that’s most important. We need to find that willingness and respond the right way ?? pic.twitter.com/ygs9lLIh5D

Club president Josep Maria Bartomeu has a good relationship with United executive vice-chairman Ed Woodward, having previously spoken about deals for both Rashford and ?Paul Pogba in the past, and there is a hope around Camp Nou that this could work to their advantage.