?Barcelona have reportedly denied interest in signing in the greatest goalkeeper in the history of mankind, as the legendary number one eyes a return to Parma.

No, when we say ‘greatest goalkeeper in the history of mankind’, we’re not talking about Lev Yashin or Dino Zoff or Peter Schmeichel. 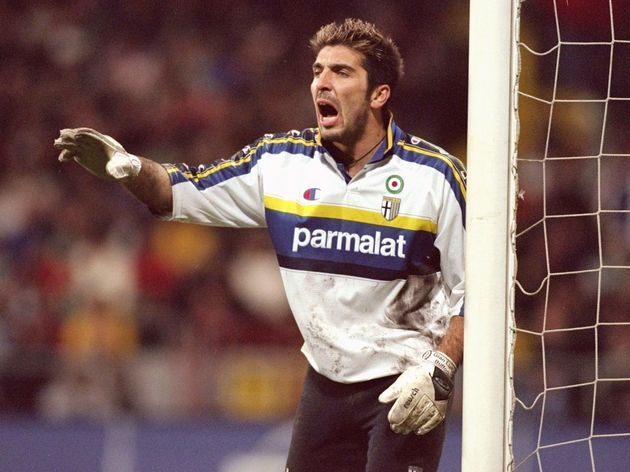 “WHAATTT??!!!! That would be amazing!!!! He can wear those unbelievably cool Lotto and Champion kits again!!!”

Yes, it is amazing. Don’t expect Lotto or Champion kits though, Parma are sponsored by Errea now…which isn’t that cool.

Buffon spent a hugely successful six-years at the Serie A giants in their heyday (the late 90s), making a man of the match debut at San Siro at the age of just 17 at the club.

As well as this fairytale return, Buffon is also said (by Gazzetta dello Spot, via the ?Daily Mail) to be keen to finally call time on his astonishing career by representing Italy at the 2020 Summer Olympics in Japan.