?Barcelona are keeping tabs on Dinamo Zagreb and Spain winger Dani Olmo, but face stiff competition from other top European sides in the race for his signature.

The 21-year-old surprisingly left Barça for the Croatian champions in 2014, and was highly rated at their La Masia youth academy.

Olmo has since scored 32 goals and assisted a further 27 in 121 games for Dinamo, and he made his debut for the senior Spain side in November, scoring in a 7-0 win over Malta.

?Mundo Deportivo write that the Catalans are keen on bringing Olmo back to Camp Nou and are making ‘weekly checks’ on his progress, but add that they are not alone in wanting to pry him away from Dinamo.

Bids in excess of ?Champions League?Barça

However, MD add that the Spanish champions believe they ‘control the situation’, as the club have good relations with the player’s father. 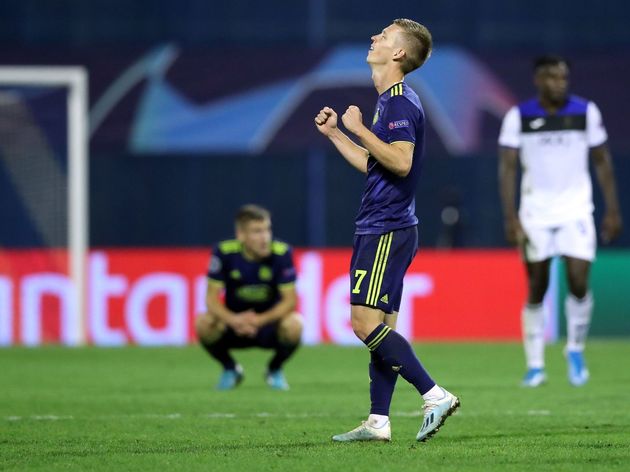 It has been reported that Barca had scouts in attendance for Dinamo’s defeat to Atalanta at San Siro on Tuesday.

Earlier this month, Olmo revealed that the decision to leave Barcelona in the first place was a sporting one, and that he simply couldn’t refuse the offer put on the table by Dinamo.

“It sounds strange and at first people said I was crazy. No other club made the sporting offer which Dinamo did,” he said.

“I could be in the first team dynamic from the second year, but after three months I was promoted from the reserves and I stayed with the first team. They offered me a project for the future, showed they were willing to bet on me, and that’s why.” Any move for Olmo may have to be put on hold, as Mundo Deportivo say that Barca’s priorities in the transfer market are to find a new right-back after they were unable to sell Nelson Semedo in the summer, as well as a centre-back to strengthen their core.